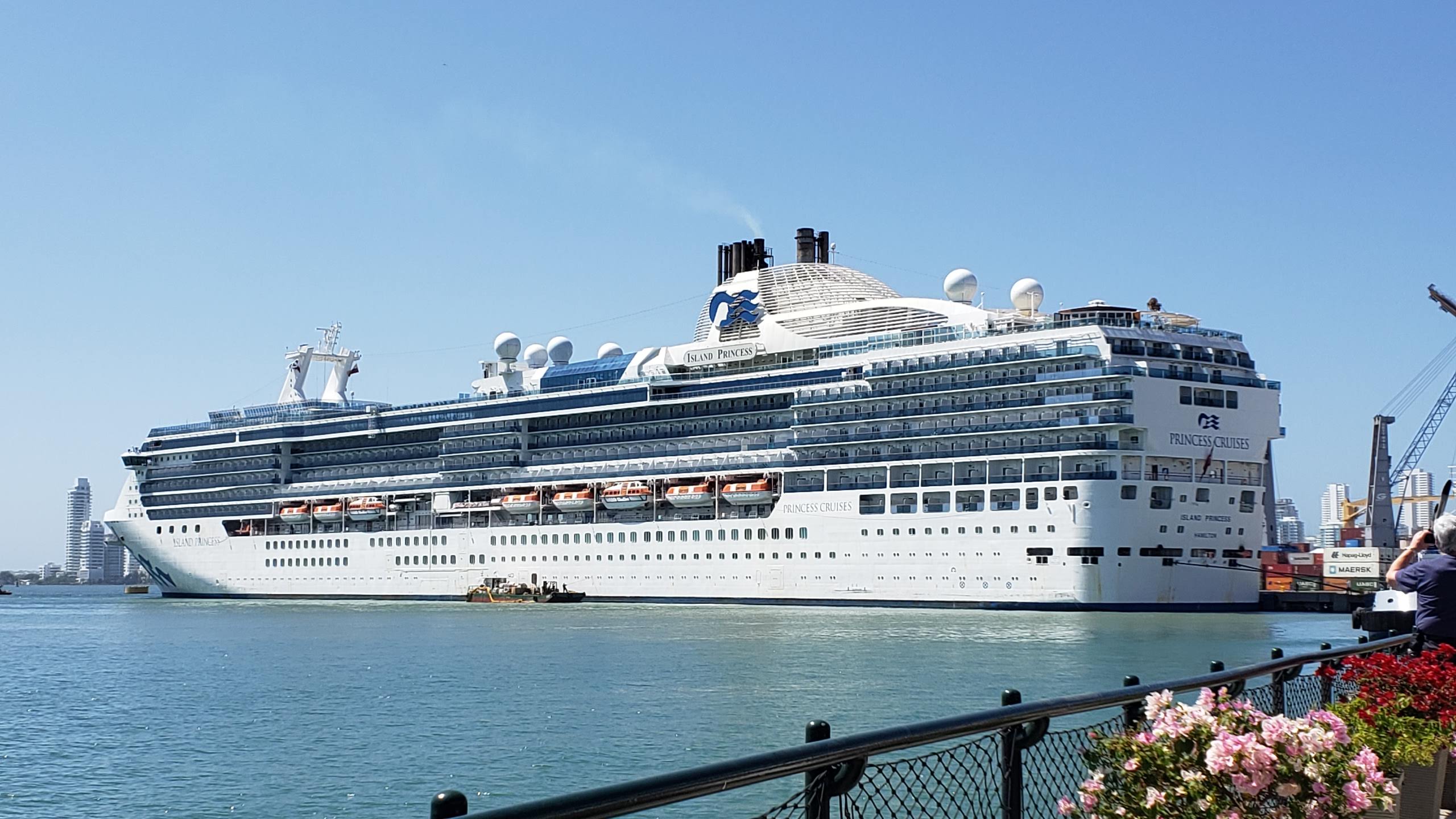 Tuesday we picked up a rental car, so we wouldn’t have to pay parking fees, and drove it home where we finished packing, which we started the previous Wednesday. We have never been this organized!

Getting to the airport was a breeze; we were in and out of Alamo Rent-a-Car in a flash, and transport to the terminal was right there waiting on us. Once in the airport there were no lines, and we got right to the luggage counter without waiting. On to security, where we had to wait for just two people, then we breezed right on through. This has been the easiest time ever at the airport, ever! Everything went so smoothly we had time to burn, so we had time for a second, late, breakfast at Jason’s Deli. I picked up some hand sanitizer – because we never go without it, then we boarded the airplane. Just after takeoff Alan and I were moved to some empty seats for comfort.

Things are going a little too well. I keep waiting for the “other shoe” to drop.

Once in Ft. Lauderdale, we picked up our luggage and called for the shuttle. It took about 25 minutes for the shuttle, but we were on our way to our hotel.

The hotel room smelled very musty – part and parcel for cheap in Florida.

We had plenty of time on our hands so we walked to some nearby shops and picked up nail polish remover, and a book on knitting; you know, cruise essentials. We stopped for lunch at McDonald’s and later had dinner at Taco Bell. We are livin’ the life!

Before dinner we saw some white ibis sitting on top of phone wires, so we went back to the room to retrieve our new pocket camera and practice with it. When we returned the ibis were gone – replaced with 8 cats, a dozen ducks, a pigeon and a raccoon. City life.

Up at 6:30 AM, with a “continental breakfast” at the hotel. It was pitifully meh. Our bags were picked up around 10:30 and put on the shuttle while we took a walk and had a “real” breakfast at McDonald’s. The shuttle took us and a load of other passengers to Princess Cruise Line’s dock where checking in again, was easy-peasy. We were in our stateroom by noon. The room is bigger than any other balcony room we have stayed in on other cruise lines. The beds are cot-sized but incredibly comfortable. I’m starting to get suspicious; things are really going a little too well.

We had a light lunch onboard and then spent the afternoon checking on the layout of the ship. At 4:00 she set sail for Cartagena, Columbia. The seas have been a bit rough so everyone looks like they have been drinking.

We chose the “Anytime Dining” seating for dinner throughout the cruise, so when we arrived at the restaurant at 6:30 there was a bit of a wait. We both had veggie spring rolls, Alan had prime rib with New York cheesecake as dessert, I had seared Basa (some sort of exotic catfish) with sugar-free cheesecake as my dessert.

Up early and we both hit the gym for an hour on treadmills. Most of the machines were filled up but there were 2 spots available although not next to each other.

95% of the passengers on this ship look to be 65+, but there are some definite gym rats in the mix. The guy to my right was a beast; he was doing a steady 4.6mph for over an hour! Someone else was in the aerobics room doing one minute planks. Gawd, I feel out of shape.

After the gym we went to breakfast. You may have noticed a lot of these reports revolve around food.

I took a pleasant shower then met with a “Knitters and Knatters” group where I confessed to being a knitting virgin. About a dozen very talented ladies comprised the group and several offered to teach me how to purl.

After the knitting group a few of the ladies and I went to a crafting session where we made door decorations for our rooms.

I came back at 11:30 to find Alan passed out, so I backtracked and sat out in one of the lounges and read an e-book for a while.

Lunch was buffet, and then we attended a session on printing photos on metal.

In the afternoon we took a rocky walk around the ship where we could. The ship was rocking so badly that they had blocked off access to the outer decks.

Dinner was a formal affair, so we dressed up in our nicest duds and went down to the restaurant. We had to stand in line again, but it wasn’t quite as long a wait as last night. Everyone was dressed up in their finest with tuxedos, sequins, and other sparkly items everywhere you looked.

At dinner Alan had fruit medley and I had a crab quiche for our appetizers. For the main course Alan had shrimp and vegetables, while I had the chicken pappardelle. Dessert was ice cream for Alan and an incredible, and beautiful, hazelnut and chocolate concoction for me.

When ordering dessert, we asked our server about something we didn’t recognize menu (it started with a G) and he brought over the dessert to show us. It was a medley of tiny bite-sized bits; chocolate pie, shortbread cookie, pecan pie, and a itty-bitty brownie muffin. To our surprise and delight, after walking away, he returned with one of each on a plate for us to sample.

I very much like the small amounts they serve for the meal courses; allowing you to enjoy all the food without stuffing yourself.

Later we participated in the “Majority Rules” game with two other couples on our team won!

Our ship has been sailing in rough waters and gale winds and last night it was really bad. I got about an hour of sleep – Alan slept better. I woke with an upset stomach and sent Alan out on his own for the gym and breakfast. He also enjoyed a trivia game later in the morning, and in the afternoon he attended a talk on Cartagena, our first port of call. He then went to check out the Progressive Trivia game. This is a game with teams that will play throughout the cruise. He sat by himself for the fun of it and got most of the answers right.

By lunchtime I felt a bit better and had something to eat along with a Diet Sprite.

Back in the room I read up on our various ports of call, did a few logic puzzles and sudoku while listening to some shipboard speakers on the TV.

When Alan got back from his afternoon forays, we laid out our clothes and cameras for tomorrow’s adventure at port.