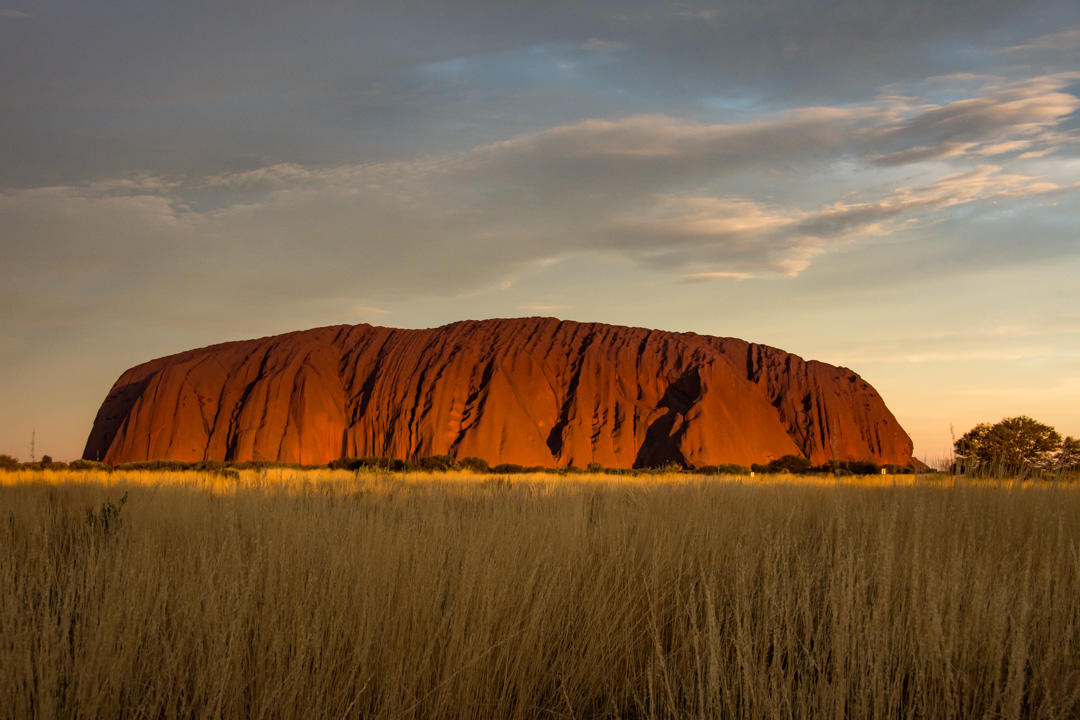 Today we went on a tour of Melbourne, given its history and shown some pretty nice places. We got some brief walking time in some gardens, had a lux lunch on a special, mobile trolley car, and then Alan and I opted for the Penguin Parade tour for the evening.

I was all set for taking pictures, but it came out that photos were forbidden because too many people don’t know how to turn off their flash and the light disturbs the little guys. It was still fun to watch them come ashore and waddle off to their respective burrows.

The weather was pretty miserable the whole time, but that was okay, you can’t stop it from being what it is.

We have met a woman, Lynn, who has become our travel buddy.  She is a PA from Maryland, divorced, and about our age. Very amenable to things. I like talking photography with her.

Today we did the Great Ocean Drive Tour, a whole-day drive along the east coast highway, and such with the end goal being the Twelve Apostles. Again, the weather was not on our side, but we all made the best of it and had a nice time. It was a LONG day.

This also marked my first time on a double-decker bus. best describe as someplace out of the movie Blade Runner. It was good, but the placed smelled faintly of a barnyard and something musty. Good adventures.

This morning we flew to Hobart, Tazmania and took a short bus tour of the city. Afterward we got a walking tour of the older part of town and learned about its history, then had a big, big dinner at a local pub. I’m stuffed.

Tonight we are washing clothes for the first time in 11 days. Doing okay so far on that front.

Today’s touring started on the Tasman Peninsula with a feature of a blowhole, Devil’s Kitchen and the Tasman Arch – fantastic formations created by wind and sea. Afterward we visited the Un-Zoo with their Tasmanian Devils – the weird little bear-like creature with a nasty attitude. I can see where Warner Brothers got the idea for their cartoon character. We also got to feed and pet kangaroos and wallabys. Now that was fun.

After the Un-Zoo, we went to Port Arthur, a former penal colony and learned about its history, and were fed soup and sandwiches for lunch. We also took a boat tour of the bay.

Had dinner at the hotel tonight with three of our new tour friends; Ann, Dave and Lynn.

We arrived at Adelaide today and got a brief tour of the city before going to our hotel to settle in. I’d arranged to meet our old friends Scott and Tim, residents of Adelaide, in the lobby so we could all go out to dinner. Tim arrived first and we sat and chatted while waiting for Scott. After a fashion he arrived and with him, his lovely bride, Amy. We all walked through town and wound up at a rooftop bar for some drinks before heading to a very swanky restaurant for dinner. Pete, Tim’s partner, joined us there. It was so nice to get to know the better halves, and to reconnect with Tim and Scott. We promised them that when we came back, we’d stay for a longer visit with them all.

This morning, bright and early, we headed to Kangaroo Island! This was one place I really wanted to visit, and boy was it great! We visited Seal Bay and saw Australian Sea Lions. After having lunch, we saw a sleeping koala in a tree! Then we visited Remarkable Rocks, a strange formation of rocks on the beach. After that we visited Admirals Arch where we were happy to see some fur seals. Then we went to Flinders Chase National Park at Hanson Bay and saw some Kangaroos, Wallabies, Koalas and even an Echidna.

Today we flew to Uluru and watched the sun set over drinks and nibbles. Uluru changed colors as the sun went down – changing from a deep purple to a dark red, to orange and a brilliant gold. I was awestruck.

Easter Sunday, and what better way to celebrate than to go on a VERY early camel ride to watch the sun come up near Uluru. My camel’s name was Spinneret, and Alan’s camel was Genghis Khan. What a neat experience! Afterward we went on a walking tour around the base of Uluru, witnessing some hieroglyphics and some very sacred sites.

In the afternoon we went to see Kata Tjuta and do a little hiking up through a canyon. Alan tweaked his ankle on that hike, but didn’t tell me until later.

This morning we boarded the bus for the seven hour drive to Alice Springs where we boarded the historic Ghan Train for a trip to Katherine and then to Darwin.

Alan and I have decided that traveling overnight on a train is not for us. It’s not that we hated it, but for sleeping, it just wasn’t our thing. All in all it was fine; the food was outstanding and the service was great.

Around lunchtime we arrived in Katherine and took a boat tour up the Katherine Gorge in the Nitmulk National Park. At one point we had to get out and hike about a quarter mile to a second gorge and board another boat. Then we repeated this in reverse. It was a good trip.

In the evening we arrived in Darwin and after settling into our hotel room, joined up with Ann, Dave and Lynn to find a place to eat.

This morning we went to Crocosaurus Cove, a place in Darwin that’s all about crocodiles and alligators. Pretty interesting.

Late in the morning we boarded the bus to head to Kakadu National Park. We checked out the visitor center, and then went on to our hotel where they had a delicious buffet dinner.

I have an ear infection, and it might involve my sinuses. I asked Pam how I might see a doctor and she has arranged it for me and one other traveler for tomorrow in Darwin.

Returned to Darwin. Alan went sightseeing at the Art Gallery while I went to see a doctor about my ear and sinuses. I got a prescription for the ears and got it filled after going to two pharmacies to find it. Afterward we caught up with the bus and tried to go sightseeing at the Botanical Gardens, but it had some sort of event going on and we couldn’t get in so our bus driver took us on an extensive tour of Darwin. Ugh. We flew to Cairns that night.

Today we dove the Great Barrier Reef!!! A lifelong bucket list item of mine finally checked off. Yay! The coral was incredible, the fish were fun, and on the second dive we got to hold and play with a sea cucumber – wild!

Alan and I opted for the Daintree Rainforest tour – it was great! First, we took a boat ride up a river to look for crocodiles – we saw one, a one-year-old, resting on a log. We also saw a yellow bee-eater, some interesting flowers and learned about how a mangrove grows. On the way to the next part of our adventure, we stopped by a lookout and got some pretty pictures.

Afterward we went for a walk in one of the oldest rain forests on the planet. We saw some prehistoric palm trees, some were maybe 800 years old. We saw beautiful butterflies that wouldn’t hold still for a picture too.

Lunch was steaks grilled out along with some salads, hotdogs and bread and butter. Yum.

After lunch we went for some Billy Tea at a creek where we could swim if we wanted to, but we didn’t bring our suits, so we stayed dry. We also tried many exotic fruits.

When we got back to our hotel we hunted down a pharmacy to find some more of the sinus pills that worked so well for me, but the store was closed. We headed to a grocery and picked up some cold sandwiches for dinner and came back to the hotel to do laundry and eat.

I held a Koala today. And he pee’d on me. Just a tiny bit. I think he was tired. But it was pretty cool to do that.

We also went on a little boat ride where we got to see crocs being fed. They were incredibly large and boy, did their jaws POP when they snapped at the food!

After the boat ride we took a stroll through a park (zoo) and saw Kookaburras (world’s largest kingfisher), wombats, cassowaries, a Monitor Lizard (HUGE!), owls and other assorted birds.

At the end of the day we flew to Sydney.

Today we took a bus tour of the city and then visited the Sydney Opera House. I got some neat pictures of various architectural aspects of this World Heritage Site. We got to go into one of the theatres and watch the Sydney Ballet warm up (do their daily exercises). We also sang happy birthday to two of our fellow travelers.

Bondi Beach was interesting, and it was fun to meet some of the lifeguards who work there. Seems they have several rescues per day with some of them drownings. I don’t know how they keep their sense of humor.

At the end of the day we took a pleasant cruise of Sydney Harbour. There was some rain, but it was all good.

We took an excursion to the Blue Mountains today. Along the way we stopped at Featherdale Wildlife Park (a zoo) and there we saw, and finally got to photograph, some Little Penguins, and we also saw some Dingos. They are much larger than I expected – about the size of our American wolves.

The Blue Mountains were spectacular – I got some really nice photos there. One formation, The Three Sisters, was of special interest because of the Aboriginal legend that we were told about them.

At the end of the day we had a nice dinner with the rest of the tour group at Waterfront Restaurant with fantastic views of Sydney.