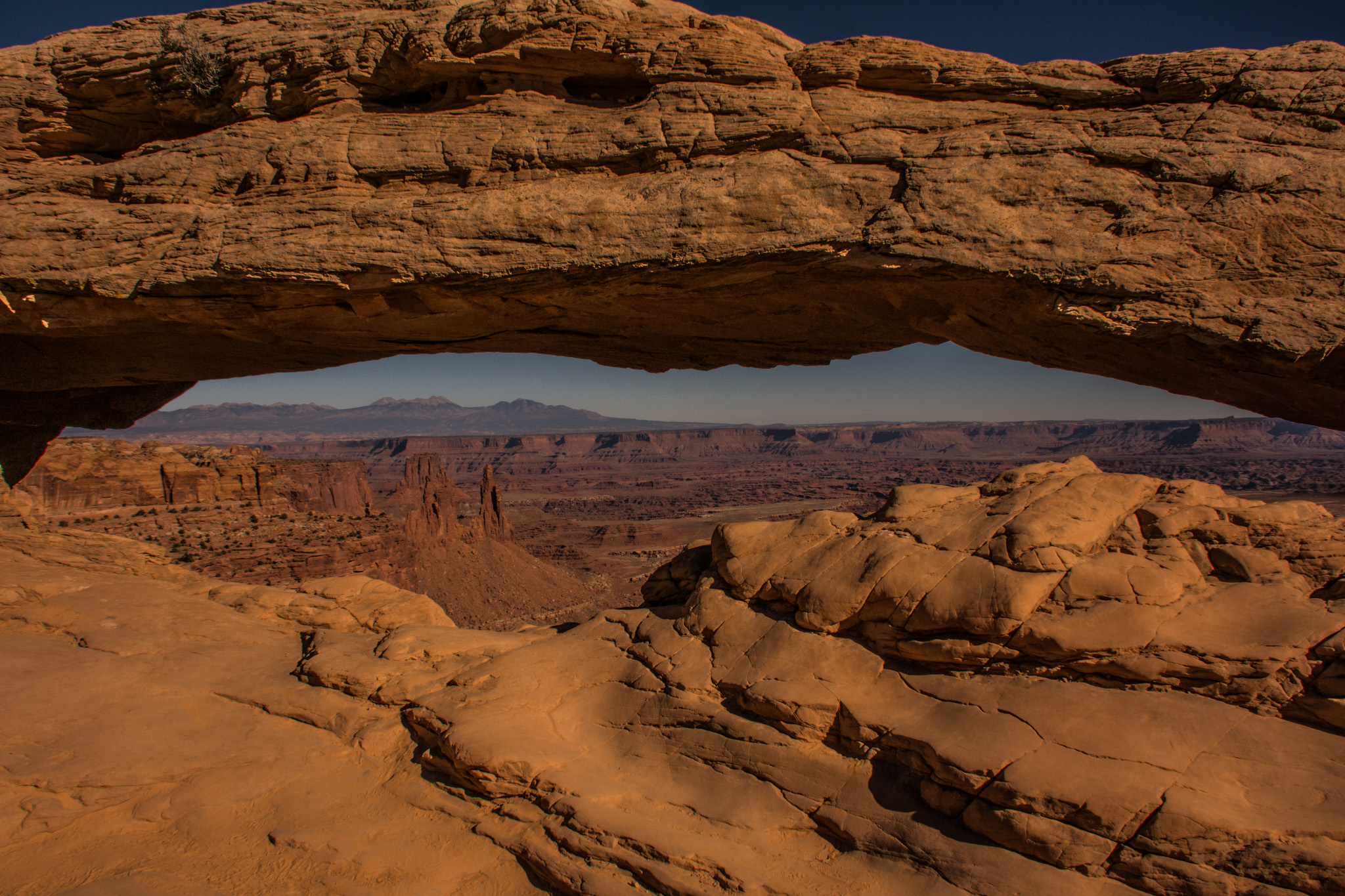 After a continental breakfast at the hotel we packed up and drove out through Capitol Reef toward Canyonlands National Park. Along the way we made a stop at Utah’s Goblin Valley State Park, inhabited by very unique geologic formations, called goblins, created by uplift and erosion by wind and water. We hiked out into Goblin’s Lair, a playground of hundreds, if not thousands, of the goblin formations. It was so much fun walking around amongst all the rocks and finding different angles to photograph. I even had Alan take a picture of me to show how big these things were. I also got a shot of a lizard (we’ll have to look him up later) and a footprint of some large bird that I was later told by a park employee could have been a raven or a golden eagle. Once we’d hiked out I took a few more pictures in the park and then we got back on the road.

Lunch was at Tacos La Pasadita, a taco truck permanently situated at an old run down gas station. Delicioso! We arrived at Canyonlands in the early afternoon, picked up a map, pin and t-shirt then drove the north entrance’s scenic drive. The canyon was amazing! We saw canyons inside canyons, spires, fins, crazy 4-wheel drive routes, and a beautiful arch. Alan and I vied for top-dog status on who was less afraid of heights. I think he won. Mesa Arch is Canyonlands’ big attraction. It’s fairly easy to get to – just a half-mile hike – and it provides a perfect front to some of the canyon’s most fantastic scenery. While cleaning up breakfast another camper approached us about our truck. We happily extolled it’s virtues.  When we mentioned we’d been camping for more than 3 months he looked shocked and said, “Three months?! You guys are camping warriors!”

On this day we drove to the south end – Needles – of Canyonlands.

As we were driving into the park we saw a sign for “Newspaper Rock”, a rock face with loads of petroglyphs, some of which were more than 2,000 years old! Once in the park we immediately went out and hiked Cave Spring Trail and saw the remnants of an old Cowboy Camp in one cave and prehistoric rock paintings and peckings in another. These were paintings of hands, lots and lots of them, all in different colors.

From there we hiked Pothole Point Trail, climbing around on slick rock, and then Roadside Ruin Trail,  which had an ancient granary tucked up in a shallow cave.

After leaving the park we drove to just north of Moab to look for more petroglyphs. We passed a whole bunch of climbing enthusiasts on the road before spying the glyphs on the canyon wall. It was fun spotting as many as we could.

Back at camp it was laundry day, so I took a very large load to the laundromat and worked on photos while I waited for the loads to finish up.