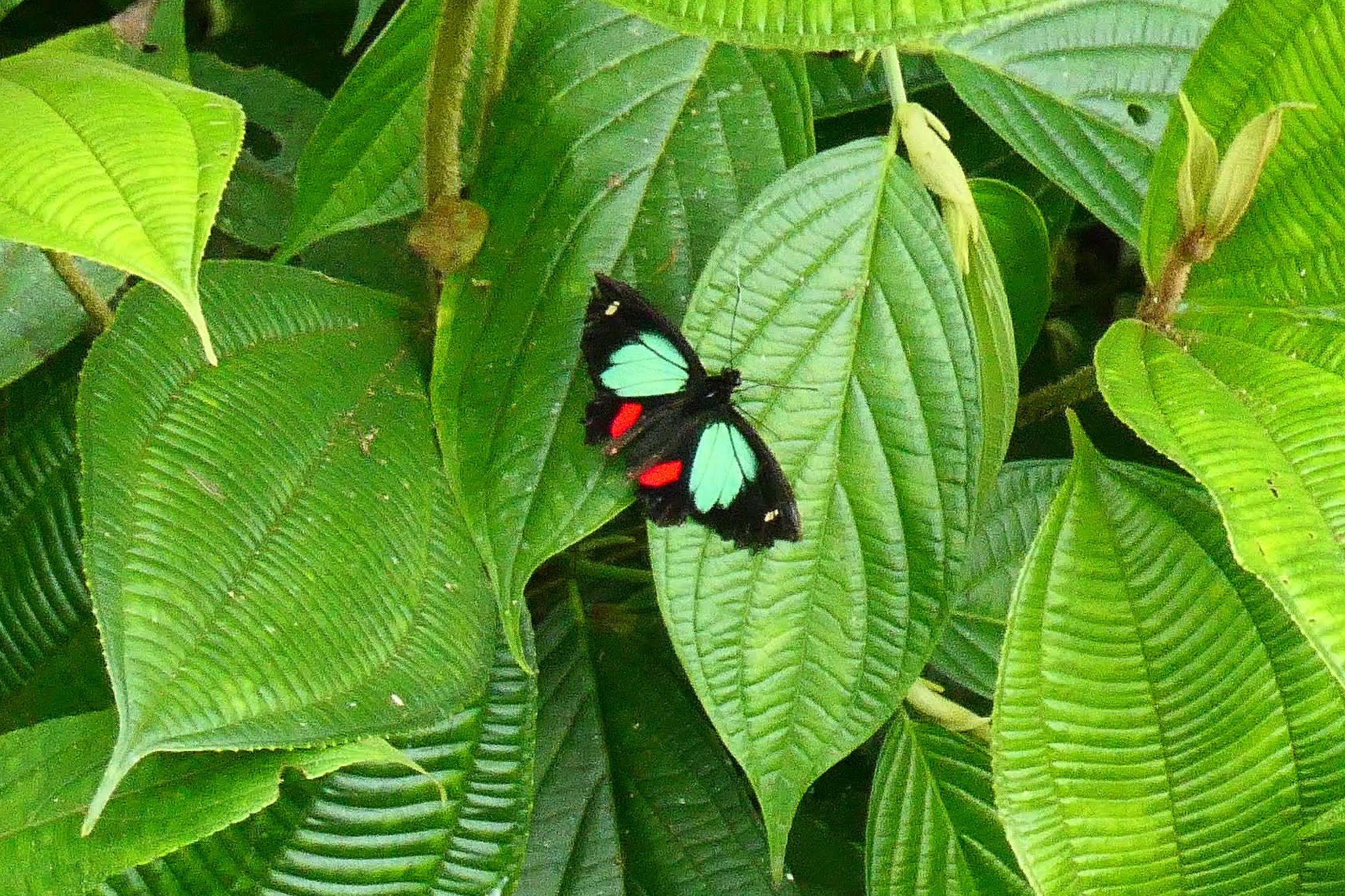 The ship got into port at Puntarenas, Costa Rica at about 7:00 am. We were ready and excited for our Walk in the Clouds tour. Our bus loaded up with 16 other adventurists and we were off to the Hanging Bridges at San Luis Park. Our driver was Maurino, and our guide was Trixia (Trixi for short).

Our first stop was along the road where Trixi pointed out a bunch of huge iguanas hanging out in a corner lot in the city. These things were easily four to five feet long, nose to tail tip!

Trixi told us about Costa Rica along the way – here is what we learned: Costa Rica means the “rich coast” in English. Bananas, coffee, pineapples, and cut flowers are the main exports, in that order. Tourism is the main source of income for the country with fishing coming in at a strong second. There are seven provinces with a total of five-million people. The average temperature, year-round, is 85-95 degrees. Costa Rica lays claim to 5% of all the earth’s biodiversity with 900 species of birds, 225 mammals, and countless reptiles, amphibians and insects – not to mention the plant life. 25% of the country is protected ecosystems. School is free and mandatory until age 16. They have a socialist government and elect a new president every four years. The average base income is $600/month. The money denomination is colones. They have no army. At home they have coffee in the morning and again at 2:00 in the afternoon, sometimes followed by beer. There is a 10% sales tax, 30% tax for restaurants, and a luxury tax on homes and new cars. They have a greeting in Costa Rica; “pura vida”, which means hello, goodbye, I’m fine, etc. Pura vida means “pure life” in English.

After a one-and-three-quarter hour drive thru the countryside we reached San Luis Park. San Luis Park is in a cloud forest. Once there we walked about a mile. It has a nice hummingbird garden and lots of suspension bridges – we crossed four of those. The park is at an elevation of 1,200 feet. We ended the trail at a butterfly enclosure. Then we had a typical Costa Rican lunch at the restaurant; pork, beans and rice. After lunch Alan and I walked around to the starting platform again and got some pictures of some beautiful tropical birds and a coatimundi – they were all after the bananas that had been laid out for them.

On the way back to the ship we stopped at a large souvenir shop and finally bought a Boruca mask (we missed getting one the last time we were in Costa Rica), and an assortment of smaller items.

We went to the evening show to see Fred Bevill, a very funny comedian. Alan later went to the Myths & Legends trivia and got 24 right. The winners had 27.

This morning we pushed the clocks forward one hour.

We saw a new bird off the bow of the ship and took a load of pictures of the Nazca booby. This one is bright white with black edged wings.

In the afternoon, while I was unconscious, Alan went down for Progressive trivia. The category was geography, he got 10 out of 20.

For dinner, I had Caesar salad, shrimp and scallops in a tomato sauce, and mango strudel. Alan had a salad, lamb, and ice cream.

After we’d retired to our room, Alan surprised me by going up to deck 14 and picking up a tiny bag of popcorn for me!