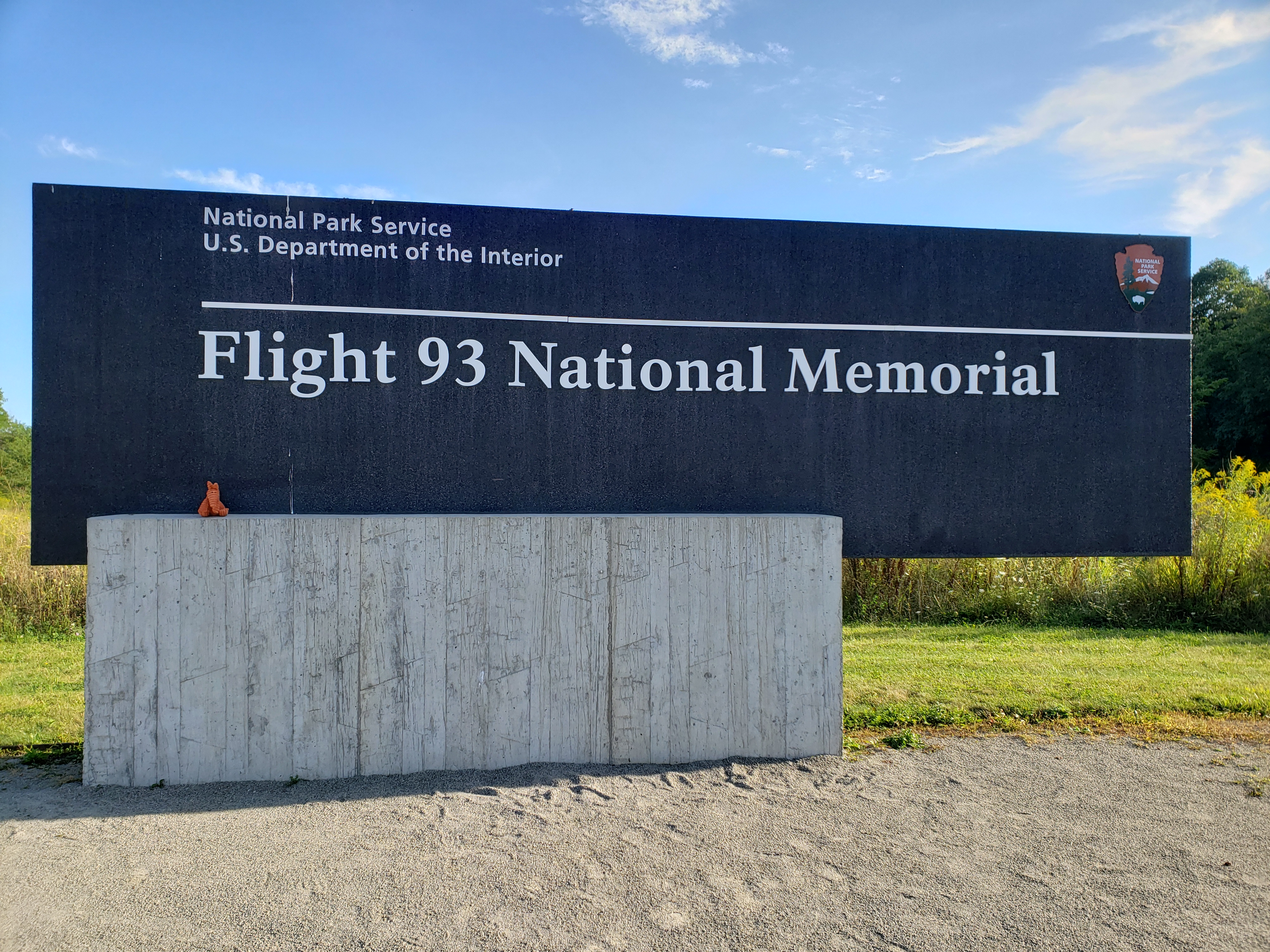 After we left Gettysburg we headed to Shanksville and the memorial to the brave people and crew of Flight 93 on that fateful day, September 11, 2001.

“A common field one day.  A field of honor forever.

On Tuesday morning, September 11, 2001, the U.S. came under attack when four commercial airliners were hijacked and used to strike targets on the ground. Nearly 3,000 people tragically lost their lives. Because of the actions of the 40 passengers and crew aboard one of the planes, Flight 93, the attack on the U.S. Capitol was thwarted.”

As you walk toward the visitor center you find yourself walking along the same path that Flight 93 took just before it crashed in the nearby field. Along this flight path there are timeline markers for the other planes that crashed that morning; the two that crashed into the World Trade towers, and the one that crashed into the Pentagon building. These all happened before Flight 93 crashed, and the people on board understood what was happening. But once they knew, they took action and helped to keep Flight 93 from crashing into what later evidence deemed its target – the Capital Building in Washington D.C.

Down in the field you can see memorials to each of the people on that fateful flight. They look like one long white wall, but they are actually individual pillars with each person’s name carved into it.

Looking left from the pillars you can see a large boulder which was moved to the field to mark the site of the crash. A heavy gray wall blocks off the debris field, 40 acres in all.

At the north entrance to the park is the Tower of Voices, a tall sculpture still in development with hopes to finish it in the next year. This tower has 8 bells in it, but more will be installed. Once finished the bells will sound with the movement of the wind.

Visiting this site brought back a lot of those same feelings from 18 years ago. I don’t think Alan and I exchanged more than a few words throughout our visit to pay our respects. Even writing about it leaves me a bit sad.