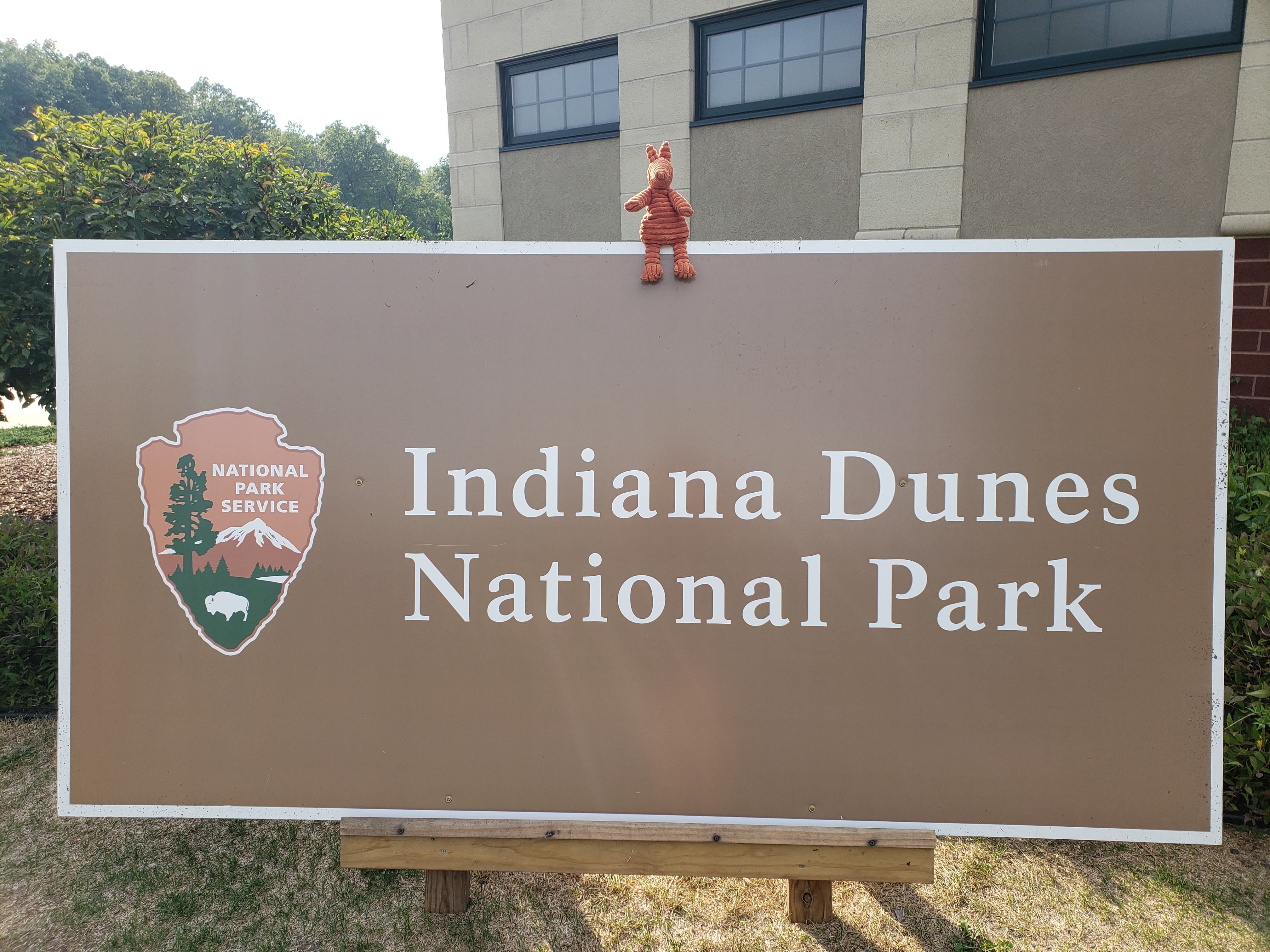 Indiana Dunes National Park sits at the southern end of Lake Michigan. It started out as a National Lakeshore in 1966, and was made a national park in February this year. Like most national parks, it has rustic camping and trails along with a variety of ecosystems. The northern areas of the park have large sand dunes, some of which visitors can climb. The largest of these is Mt. Baldy, which unfortunately was closed off when we went to hike it.

When we arrived at the park we got a map and our stamp at the visitor center then drove out to the campground where we hoped to stay. I don’t sleep well at all in warm/hot temperatures, and it’s been unusually hot for mid-September. I could have sworn I read that the campground had electric for RVs (blissful AC), but when we got there we found out that wasn’t the case so we went to another campground to check it out. That one was a farce, so I called another ‘resort’ campground and made reservations.

We went back to the park and hiked the Portage Lakefront and Riverwalk trail. It was all going well until just about the end of the trail where the boardwalk was washed out. At this point we had to climb a sand dune about 30 feet straight up. I’ve scrambled up granite boulders that were easier than that. I was almost happy when we arrived at Mt. Baldy and found the summit trail on that closed. We did however, manage to hike the trail at the base of Baldy to the overlook of Lake Michigan.