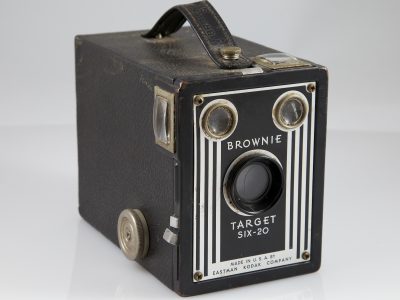 When I was maybe seven years old, my father bought a Kodak Brownie camera and began teaching my sister and me how to use it. “The picture looks upside down, so keep that in mind when you frame the picture.” he told us. Since that time I have loved taking pictures. I upgraded to a Kodak 126, and then the tiny Kodak 110 cameras that were all the rage back then. I remember Dad telling me, “make sure you take the picture you want.” That was his way of trying to keep my hobby in check, financially, and his wallet not so depleted from all the development charges.

When I turned 16 he gave me his (very) old 35mm film camera. I don’t remember the camera’s make, it was something he picked up while on tour in the Korean War. I’m pretty sure it was a German name. I cut my teeth on 35mm photography with that camera. I took it everywhere, but most especially I liked to take it to the Detroit Zoo. I’d gotten my driver’s license and I went there as often as I could afford to go, because now I was the one who had to pay to get my film developed.

I dreamed of having my own dark room, but it never happened. Life happened instead. I grew up, still taking pictures with that camera, but being more careful than ever with the number of photos. That old camera followed me to North Carolina where it finally gave up the ghost, 40 years after my dad had purchased it. Dad was using a Nikon 35mm, but wanted to get something a little nicer, so I once again inherited his hand-me-down. No complaints here. That camera saw the aftermath of Mount St. Helen, and the launch of the Challenger before its doomed flight some years later. It followed me to Boston, and then back to North Carolina, and it lasted the short few years of my first marriage.

In a few years I purchased my first digital SLR. A Nikon D7000. A whole new learning curve began, but I still wasn’t really serious about my photography. I hadn’t invested a lot of time to learn the intricacies of composition, although I did know the basics. So with this camera I made the time to learn more. I took some online classes (nod to Improve Photography), and I picked up some books. I got a little better.

Now I am challenging myself to learn more about natural lighting, and Photoshop. It’s a constant work in progress, me and my camera. But I’m getting there.