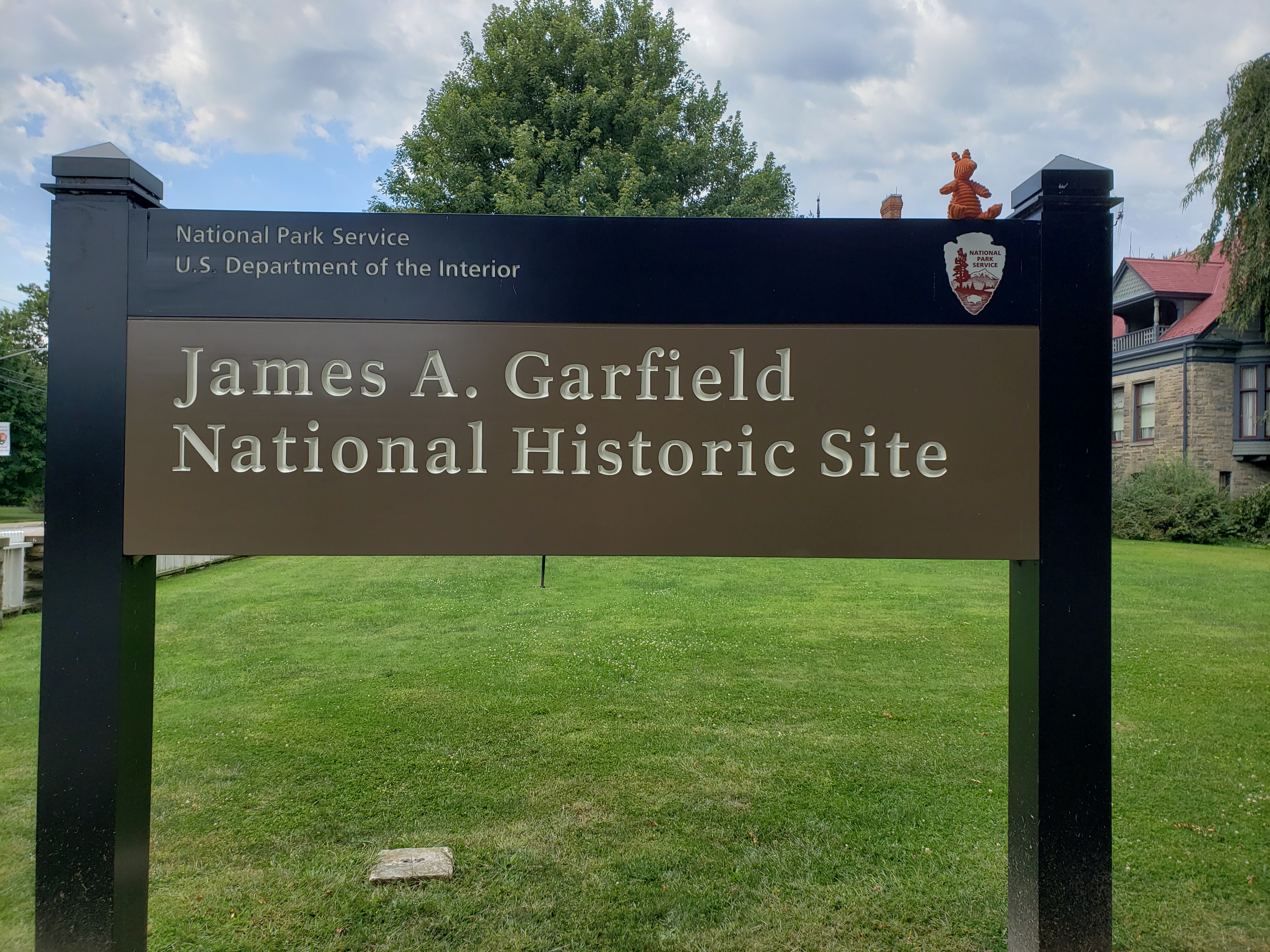 The home of president James A. Garfield is a large farmhouse in the middle of Mentor, Ohio. It’s gray paint color was faithfully restored in 2007. We did not get to tour the home because our timing was off and we had to get on the road soon. But the Visitor Center had a good film and loads of historical artifacts.

The original windmill was still on site as well. In 1880 Garfield used the house’s porch to have the first successful front porch campaign. That same year, Garfield had 11 rooms added to the building to accommodate his large family.

Not being history buffs, we were surprised by how intrigued we were by this and other historic sites we’ve been to while on this trip. The National Park system really does it right and keeps it interesting.