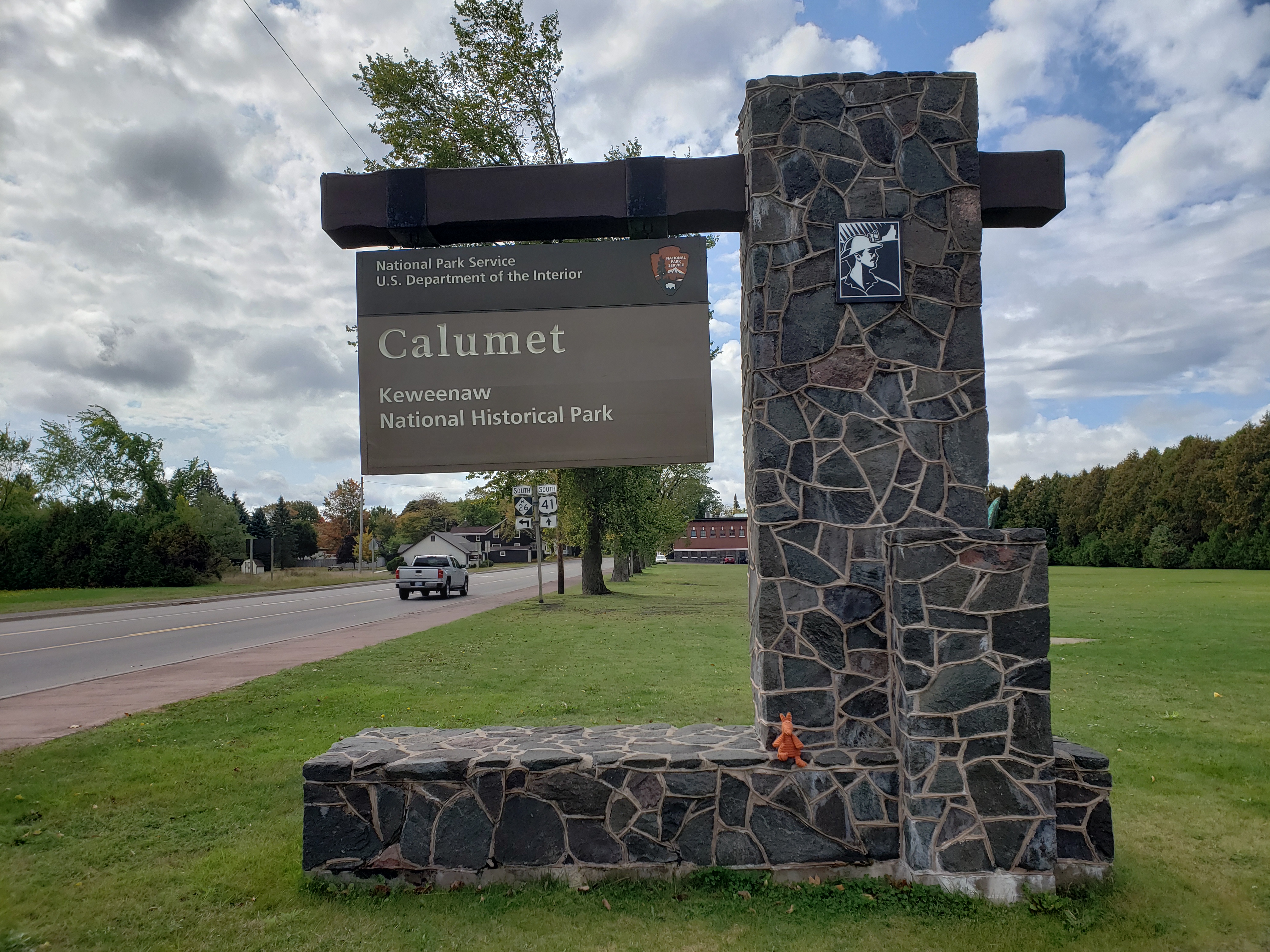 We stopped in at Keweenaw and learned about their rich history of mining copper in the Upper Peninsula of Michigan. In the early 1800’s there was a great mineral rush with entire towns building up to support mining businesses. These places provided homes for the workers, hospitals, markets and more. By the late1800’s the workers were unionized.

“In July 1913, locals of the Western Federation of Miners called a general strike against all mines in the Michigan Copper Country. The strike was called without approval by the national WFM, which was extremely low on funds after the recent strikes in the west. The union supported the strike, but faced great difficulties providing pay and supplies to the strikers. Hundreds of strikers surrounded the mine shafts to prevent others from reporting to work. Almost all mines shut down, although the workers were said to be sharply divided on the strike question. The union demanded an 8-hour day, a minimum wage of $3 per day, an end to use of the one-man drill, and that the companies recognize it as the employees’ representative.

The mines reopened under National Guard protection, and many went back to work. The companies instituted the 8-hour day, but refused to set a $3 per day minimum wage, refused to abandon the one-man drill, and especially refused to employ Western Federation of Miners members.

On Christmas Eve 1913, the Western Federation of Miners organized a party for strikers and their families at the Italian Benevolent Society hall in Calumet. The hall was packed with between 400 and 500 people when someone shouted “fire.” There was no fire, but 73 people, 62 of them children, were crushed to death trying to escape. This became known as the Italian Hall Disaster. Shortly after the disaster, WFM president Charles Moyer was shot and then forcibly placed on a train headed for Chicago. The strikers held out until April 1914, but then gave up the strike. The WFM was left with almost no funds to run its operations or future strikes.” [wikipedia]

Copper mining drew down in the 1940’s, with only two mines still operating. Keweenaw Peninsula copper mines produced about 10.5 billion pounds of copper until 1968. In 1992 Keweenaw National Historic Park was created under President George W. Bush.