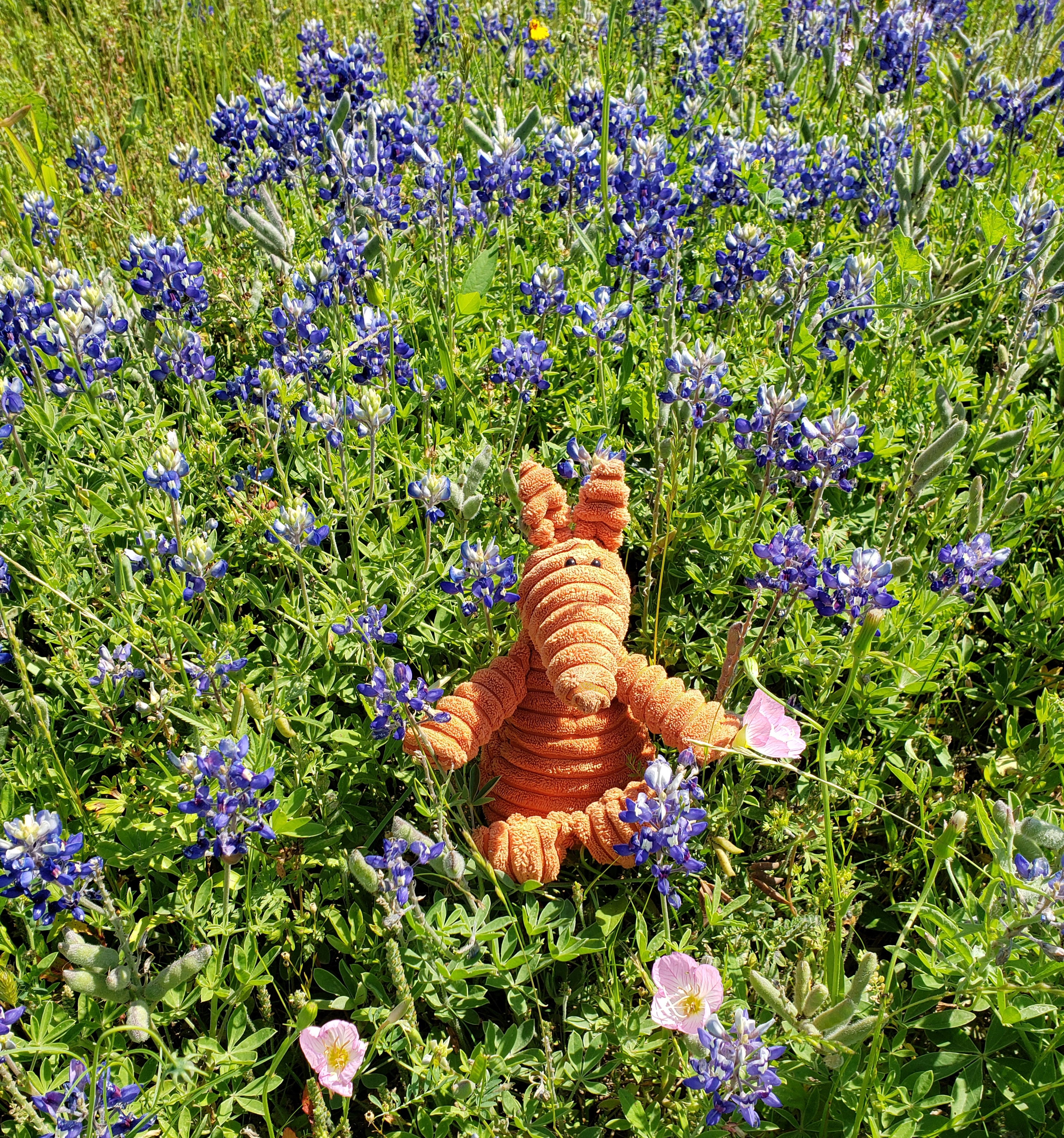 4/27, Saturday
Driving day. We stopped and visited a recreation of Stonehenge at University of Texas of the Permian Basin. Nothing much else happened this day. We stayed at Cowboy Country RV Park – a quaint little RV place off the beaten path.

4/28, Sunday
Today we drove across Texas to Ennis to (hopefully) see the blooming Bluebonnets, but they were few and far between. Other wildflowers along Texas’ highways were wonderful though and made up for the lack of the others.

We visited Waco Mammoth National Monument and took the ranger-lead tour. More than 17 mammoth remains have been found so far with more yet to discover.

We got a little adventurous and stopped at a Buc-ee’s to see what all the fuss was about. Holy Cow! Outside, there were 60 gas pumps with the cheapest gas imaginable. Inside it was a madhouse and loaded with Texas souvenirs, collectible junk, jalapeno-flavored everything, and food. I got sensory overload.

For dinner we ate in downtown Austin at Freebird World Burrito. Alan thinks it is better than Moe’s. We hung out downtown past dark to see the Mexican Free-Tailed Bats at Congress Bridge, but it was so dark you could barely see them when they came out. Alan was sorely disappointed. We’ve agreed we should go back in late August when they come out earlier.

4/29, Monday
Today marked 50 days on the road, and it was purely a driving day. We stopped at a Camping World to pick up a few things, and when we got close to the KOA we planned to stay at, we went to the movies and saw, “Avengers: Endgame”. We plan to go see it again. We are such nerds.

4/30, Tuesday
Walked to Pier 19 (behind the campground) and saw Laughing Gulls. Drove up the island and saw Brown Pelicans. Drove out to an historic park and saw Crested Caracara and a Gull-billed Tern. Drove to Santa Anna NWR and saw an Aplomado Falcon and got hassled by tons of gnats.