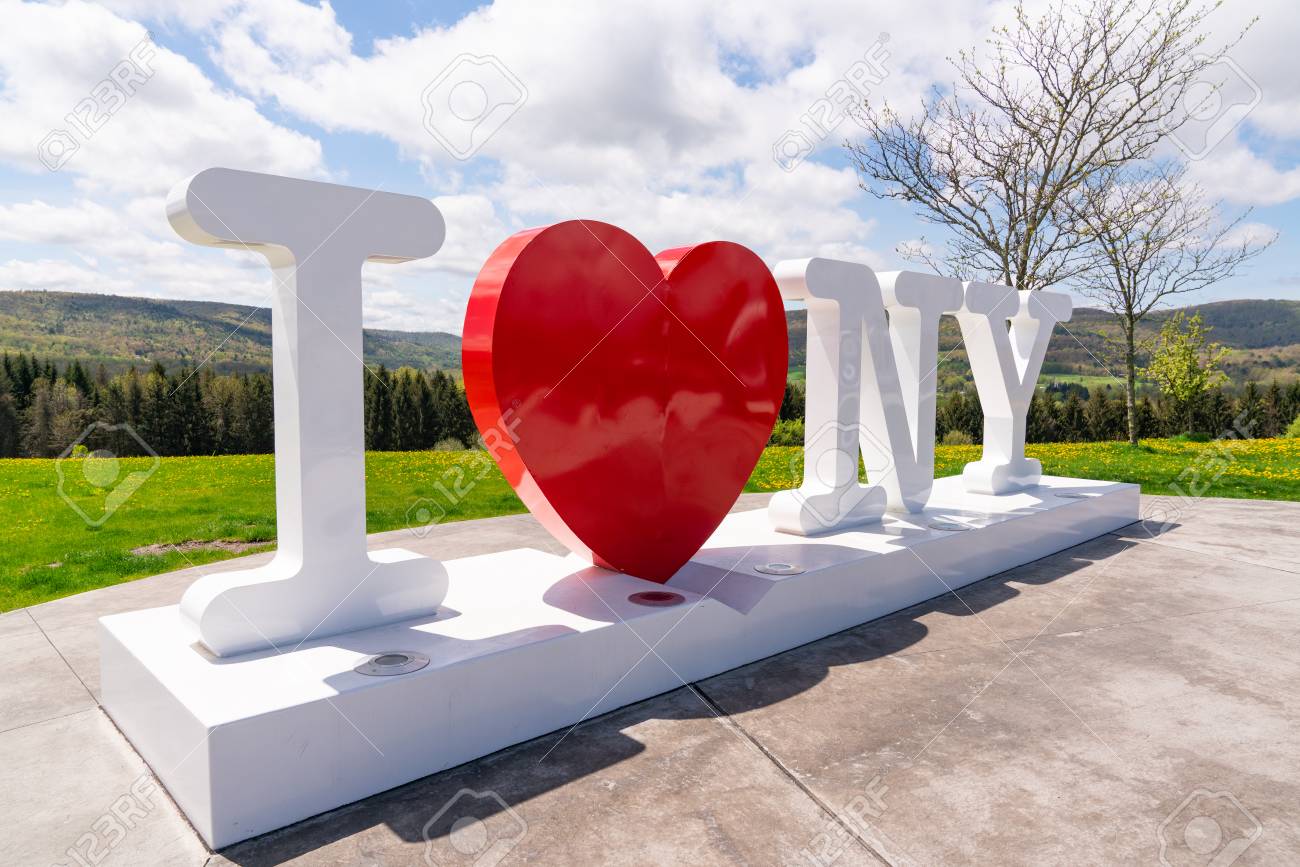 We thought we might spend a few days near Hamilton, Ontario, Canada, but changed our minds and simply spent the night there before heading toward New York.

We stopped at a Tim Horton’s for breakfast, then headed for the border. Once there we drove up, handed our passports to the American agent and were then grilled about why we just passed through Canada. She finally let us go and we drove on to Buffalo and the Theodore Roosevelt Inaugural National Historic Site.

This historic site is dedicated to the sudden inauguration of Teddy Roosevelt as president after the assassination of President McKinley. As the website says, “On September 14, 1901, Theodore Roosevelt took the oath of office as the 26th president of the United States in Buffalo, NY. His predecessor, William McKinley, had been shot by an assassin at the Pan-American Exposition on September 6, dying at 2:15 AM on the 14th. Roosevelt, who had hoped to someday rise to the Presidency, would say “It is a dreadful thing to come into the Presidency in this way; but it would be far worse to be morbid about it. Here is the task, and I have got to do it to the best of my ability.”

There were loads of quotes by Theodore Roosevelt, and the gift shop had plenty of books about him. I picked up a quote book, pin and sticker.

From the historic site we drove to Letchworth State Park to camp, entering in through the south end. It was crowded! Alan managed to find a temporary parking spot while I went in to the visitor center to ask where I should check in for our campground. I was told it was on the north end of the park.

We found our way to the campground, checked in, and found our site. We met our campsite neighbors, Edith and John and chatted a while. Nice folks.

We left our site at twilight and drove to Middle Falls to see if a Milky Way shot was possible. It wasn’t. So, back to camp and some much needed sleep.

This morning we drove to the Lower Falls parking area and hiked up the “easy viewing” route, but it wasn’t the angle I wanted, so we hiked down to a better viewing area and got some photos.

In the afternoon we drove to Rochester, NY to visit the George Eastman Museum and have our “Kodak moment”. (wink-wink).

The museum includes the Eastman mansion, which we toured on our own, but the best part of the museum, in my opinion, was the history gallery. This is where there is a large number of cameras, from the very first, to the more recent, with everything in between – including the camera used on a lunar landing.

After leaving the museum we drove north to Ontario Beach Park to round out our visits to all five of the Great Lakes.

Bright and early we got out and started to drive to Watkins Glen State Park, but after reading about it on the way, we changed our minds and decided to wait until the next morning. Instead, we got souvenirs at the park’s gift shop, took the obligatory pictures of Aardi at the park sign, and then drove to Wolf Creek for some photos.

Back at camp I worked on downloading and post-processing photos from the last few days.

That evening we went out again to take pictures of the canyon at sunset.

We left Letchworth State Park but not before stopping for some photos of the chasm shrouded with fog.

Our next location to visit was Watkins Glen State Park. I’d heard about it somewhere and marked it on Google Maps. Little did we know what was in store for us.

Parking was at a premium, but we found a space and made our way to the visitor center for a map. Since we’d already read up on it, we had a fair idea of where to go.

The Gorge Trail, starting from the main entrance, is like something out of “Lord of the Rings”. There is a waterfall at every turn, and arched stone bridges, and tunnels, and caves everywhere. We passed under several waterfalls, and over others. All of this while hiking in a gorge.

The trail is rated moderate, and with good reason. While it is well maintained and just about all paved, there are 800 steps UP as you wind your way through the gorge. The thing that makes this more doable is that the steps are spaced out throughout the 1.5 mile hike and not as hard as they would be if they were all at once. The last 177 steps however, are all at once, and that’s where we turned around to make our way back.

On our way back we took one or two trail off-shoots, one being to the suspension bridge – which was an old steel bridge high between the gorge walls – and another off-shoot just out of curiosity.

When we got back to the trail head we got a pin, shirt and sticker, then walked about a half-mile into town for the reward of a wood fire pizza.

With aching feet, but full hearts, and memory cards, we drove north to the Women’s Rights National Historic Park in Seneca Falls.

The visitor center was well designed with a lot of good information on the suffragette movement over the decades, and on to the struggle of women in today’s society – which is nothing compared to the 1800’s and early 1900’s.

After we left the park, I found us a place to camp for the night. Dinner was leftover pizza.

Our first stop today was Montezuma NWR where we chatted with another birder and shared photos with each other. We drove the auto-route but didn’t see much, making a note to return here since it looked pretty promising.

Harriet Tubman National Historic Park was next. It’s a brand new site and still getting itself together, but they have plenty of good history panels in the visitor center.

Harriet Tubman was a deeply religious woman who was instrumental in the Underground Railway. She was guided by and devotion to family, freedom, and community. After emancipating herself and members of her family, she moved them from Ontario, Canada to Fleming and Auburn, New York in 1859. Central New York was a center for progressive thought, abolition, and women’s suffrage where Tubman continued to fight for human rights and dignity until she died in 1913. [NPS website]

On the quirkier side of our travels, we like to see odd things, like the upside-down traffic light in Syracuse. The origin of the traffic light comes from the city’s proud Irish heritage. Legend has it that a traffic light first came to the intersection Milton Avenue and Tompkins Street in 1925. It was, in the beginning, just a normal traffic light. But the local Irish youth wouldn’t stand for British red sitting on top of Irish green. They repeatedly threw stones to break the lights, over and over again. Eventually, the city’s council relented, and an upside-down traffic light has directed cars at Tipperary Hill ever since.

I’d read about Dinosaur BBQ online as a place to go, so we went. Unfortunately it was so crammed busy that we didn’t get a seat. We did however, order carry out and eat it in the truck. Mmmmm! BBQ!

After lunch we drove up to Beaver Lake Nature Center and hiked the three-mile lake loop, after which we drove to the hotel I’d gotten us for the night and checked in.

For dinner we tried to get to Funk ‘n’ Waffles downtown, but there is a film festival going on and there was no place to park. We went to Stella’s Diner instead and had a good meal before retiring for the night.

Our first stop today was at Fort Stanwix National Monument. Here is what the NPS site says about the history of the fort:

“For thousands of years the ancient trail that connects the Mohawk River and Wood Creek served as a vital link for people traveling between the Atlantic Ocean and Lake Ontario. Travelers used this well-worn route through Oneida Indian territory to carry trade goods and news, as well as diseases, to others far away. When Europeans arrived they called this trail the Oneida Carrying Place and inaugurated a significant period in American history–a period when nations fought for control of not only the Oneida Carrying Place, but the Mohawk Valley, the homelands of the Six Nations Confederacy, and the rich resources of North America as well. In this struggle Fort Stanwix would play a vital role.

“Known as “the fort that never surrendered,” Fort Stanwix, under the command of Col. Peter Gansevoort, successfully repelled a prolonged siege, in August 1777, by British, German, Loyalist, Canadian, and American Indian troops and warriors commanded by British Gen. Barry St. Leger. The failed siege combined with the battles at Oriskany, Bennington, and Saratoga thwarted a coordinated effort by the British in 1777, under the leadership of Gen. John Burgoyne, to take the northern colonies, and led to American alliances with France and the Netherlands. Troops from Fort Stanwix also participated in the 1779 Clinton-Sullivan Campaign and protected America’s northwest frontier from British campaigns until finally being abandoned in 1781.”

In particular I found the reconstruction of the fort to be very true to the original ways, with wooden pegs, and hand-crafted nails and hinges. Reconstruction started in 1970 using plans supplied from a British museum. This was one of the more interesting forts I’ve been to.

After Fort Stanwix we drove north to do some leaf peeping. The colors along the road were phenomenal. We ended up at Higgins Bay and had a picnic lunch while I took close up pictures of leaves, a long shot of trees across the lake, and a few pictures of a cute puppy that took a shine to me.

We turned around and headed south toward Cooperstown to set up camp and then go into town for dinner.

We checked into the KOA, then drove down the west side of the lake and found a place to park, but not before damaging one of the dualy tires. Alan was very upset about it, but I convinced him we’d be okay and we found a nice place for dinner while we figured out what to do about the tire.

We decided to try and make it the 25 miles south of Cooperstown. We would lose the fee at the KOA, which was 15 miles north of us, and take a hotel room near several garages that we were sure could handle the RV’s problem. And, that’s what we did. We made it in one piece to a nice Holiday Inn Express, licked our wounds, ate bad things, and watched football.

At 8:00AM I phoned McCarthy Tire about our problem. He took the information and said he could have a tire for us and got us on the schedule for 3:30PM. I then went down to the hotel registration and arranged for another night in the hotel.

Alan and I made plans to kill time by seeing a movie before taking the van in for its new tire. Today will be a quiet down day with time to catch up on all sorts of things.