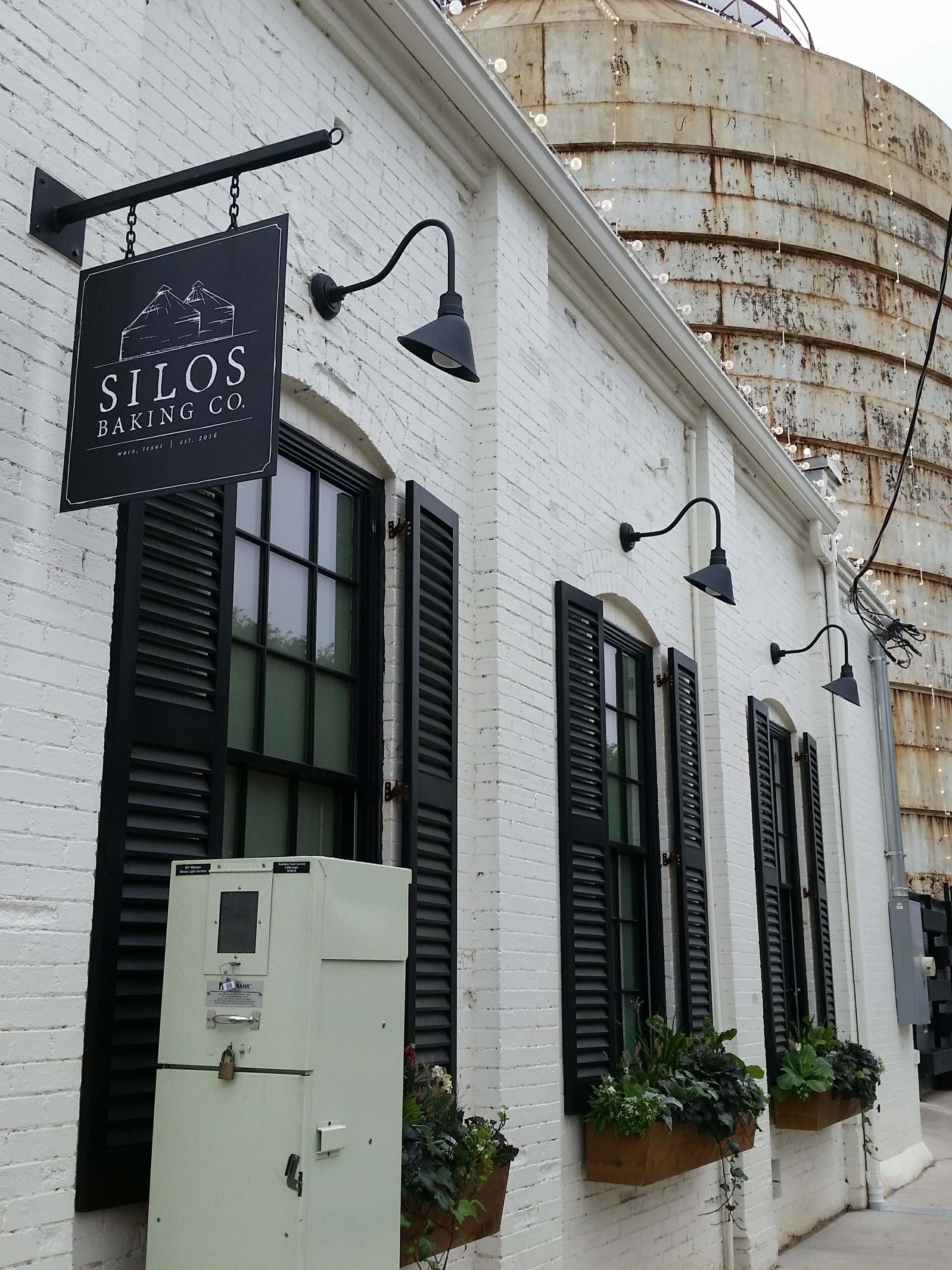 I am a fan-girl of the second order (not quite as fanatical as some I know) of the TV show, Fixer-Upper. This show started back in 2013 and it is ending this season after a good five-year run. The show’s hosts are Joanna and Chip Gaines, two very special people with solid ethics and values. They love each other and you can see how much fun they have together creating fresh(er) homes for folks.

Anyway, this wonderful couple opened up a place called The Silos sometime along their second and third year of the show and it has really grown. There is a bakery (which came first), a store with all sorts of household items along Joanna’s signature style, and a business office. They also opened up a B&B and I think I read somewhere about a restaurant coming soon. Being a fan-girl of this show, naturally, since we were in Texas and would be passing by Waco, I wanted to stop by The Silos for a look-see, and to purchase Chip’s new book Capital Gaines, along with some of Joanne’s famous cupcakes (2 for me, 1 for Alan) and a huge cinnamon bun (for Alan). Alan was sweet enough to indulge me in a visit to The Silos, dropping me off in front to go find someplace to park (what with the large crowds that gather here, there is not a lot of parking available). I bought a spoon rest and a candle in addition to Chip’s book.

From Waco we drove to Dallas on a mission. I wanted to take a photo of the house we lived in for several years when I was just a toddler. My sister was born in Arlington, and I had wanted to get a photo of the hospital she where she was born, but it doesn’t seem to exist anymore.  So, we drove to Pontiac Court in Arlington and I knew the house the minute I saw it. Several of the houses in that court were up for sale and the little area seemed a bit run down, but I could remember it all clearly. After we left Dallas we drove toward Arkansas.