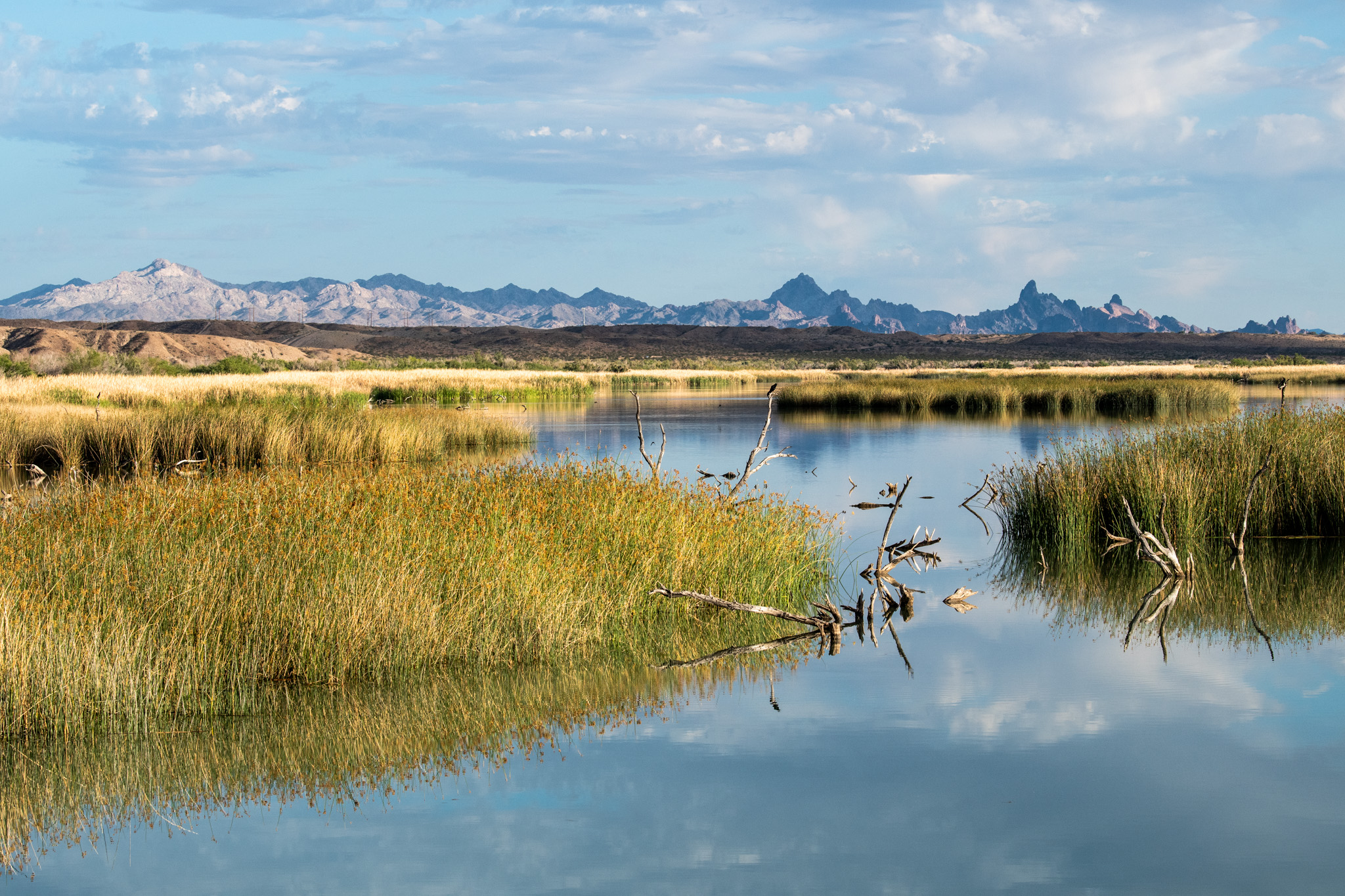 4/18, Thursday
On our drive south through Nevada we saw 2 bighorn sheep running down a rocky slope right next to the road, how exciting! For a brief moment we weren’t sure they wouldn’t dash onto the road. Later, we had a very pleasant picnic lunch at a rest stop in the middle of the desert. On a lark, and because it was also the best route, we drove the Extraterrestrial Highway and got close to Area 51. Along that route we saw a big Pronghorn resting atop a bluff overlooking the highway.

I called my sister for her 60th birthday and we chatted about getting older. She seemed happy and that made me glad.

I had read something about the Black Mailbox, which is really now just a black box. It used to be you could mail letters and packages from that little box in the middle of Nowhere.

Toward the end of the Extraterrestrial Highway we stopped by the Alien Research Lab and bought some silly souvenirs.

Dinner was fried chicken from a little store near our campground for the night.

4/19, Good Friday
After a fabulous shower we got an early start and headed to Las Vegas for an oil change. We picked something up for breakfast, gassed up at Costco, and then headed toward the Mojave Desert where we had a picnic lunch. We really enjoy those quiet picnic lunches.

The Mojave Desert Preserve, at Kelso Depot, has some interesting history to it…

“The first depot, by the Los Angeles and Salt Lake Railroad, opened in 1905. In early 1923 the railroad began construction of the new “Kelso Clubhouse & Restaurant” which opened the next year. The Kelso Depot was built to provide services to passengers and railroad employees, and a water stop for the steam locomotives. It is an example of a surviving mid-1920s era Mission Revival and Spanish Colonial Revival architecture Styled railroad depot with a hotel, restaurant, and gardens in Southern California. It was designed by the firm of John and Donald Parkinson. The facility served interstate passenger and shipping traffic and the transport of ore from local mines, especially the Vulcan Mine. It was an essential element of the 1920s modernization of the Union Pacific Railroad stations to compete with the Santa Fe Railway and its Harvey Houses such as “Casa del Desierto”.

The oasis-like landscape design and overall style and character of this remote station made it a popular gathering place for Union Pacific employees, passengers and local residents. The original gardens with shade from Fremont cottonwoods (Populus fremontii), Chinese elms (Ulmus parvifolia), and manicured geometric lawns lingered, but did not survive the desert conditions between depot closure and the park’s Visitor Center restoration. Only date palms (Phoenix dactylifera) survived.”
[cite: Wikipedia]

Havasu NWR was our next stop. We really didn’t expect to see much there but ended up getting pictures of white faced ibis, blue teals, Sanderlings, and swallows diving by the water.

We camped nearby and ate by the reconstructed London Bridge – fish-n-chips for dinner of course!

4/20, Saturday
We showered early and sat down at Denny’s for breakfast, then drove to Gila Bend, AZ. There we stopped by the visitor center and checked out the historic paraphernalia.

Alan was tired so I took over driving to Organ Pipe Cactus National Monument. We had a nice picnic lunch and saw a Curve-billed Thrasher, then we grabbed the cameras and walked the little desert garden out in back of the Visitor Center. We saw some of the brightest orange dragonflies ever, a Costas Hummingbirds, White-winged doves, some finches, a Gila Woodpecker and an assortment of butterflies. There were a variety of cactus, some in bloom. It was a very relaxing visit.