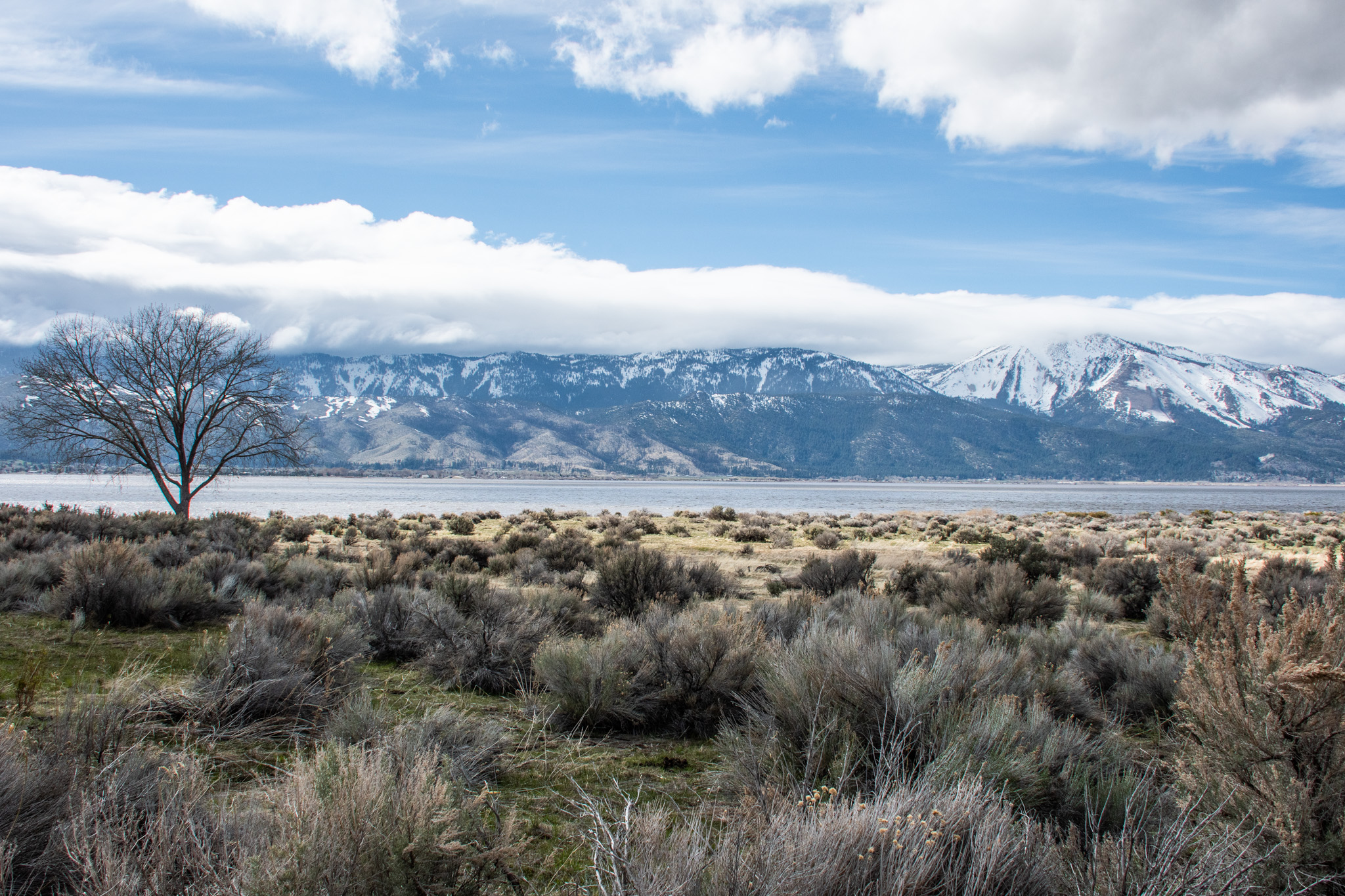 Got off to a nice early start this morning, stopping for bagels and then heading on toward Reno and Virginia City. The drive along Hwy. 95 was so pretty. The rolling hills/mountains were green and the mountains were snow-capped. The wind was very treacherous, however, when nearing the campground at Washtoe Lake. There was even a detour for vehicles over 9 feet tall (re: us), so we had to take a longer route to get to our destination.

We saw wild horses at the campground once we arrived. Five in total, then had to nicely chase someone out of our campsite that didn’t notice (or maybe didn’t understand about) the site payment tags. I saw a few quail just outside the RV after dinner.

I woke up way too early, so I listened to an audio book with an earbud on while I watched the moon sink behind the mountains and a few stars came out. Alan woke up and we saw quail and jackrabbit from the RV.

We drove to Carson City for breakfast and gas, then on to Virginia City. On the way we saw wild horses, and a pair of them fighting. Virginia City is very old west.

I think we easily saw 80+ wild horses on our drives, as well as quail, ground squirrels, and a Kestrel that hung out near our campsite.

Wednesday morning we did McDonald’s again for breakfast, then drove out to Sand Mountain National Recreation Area. Along the way we saw Yellow-headed blackbirds and stopped to get some pictures. This was when we discovered that our RV could lock us out. There we were, really in the middle of Noplace, no phones (they were inside the RV) and no keys. I got out in the middle of the road and flagged down a car. A sweet old man with an old flip phone stopped and let us call for help. Within 20 minutes a tow company came and got us back into the RV. Lesson learned.