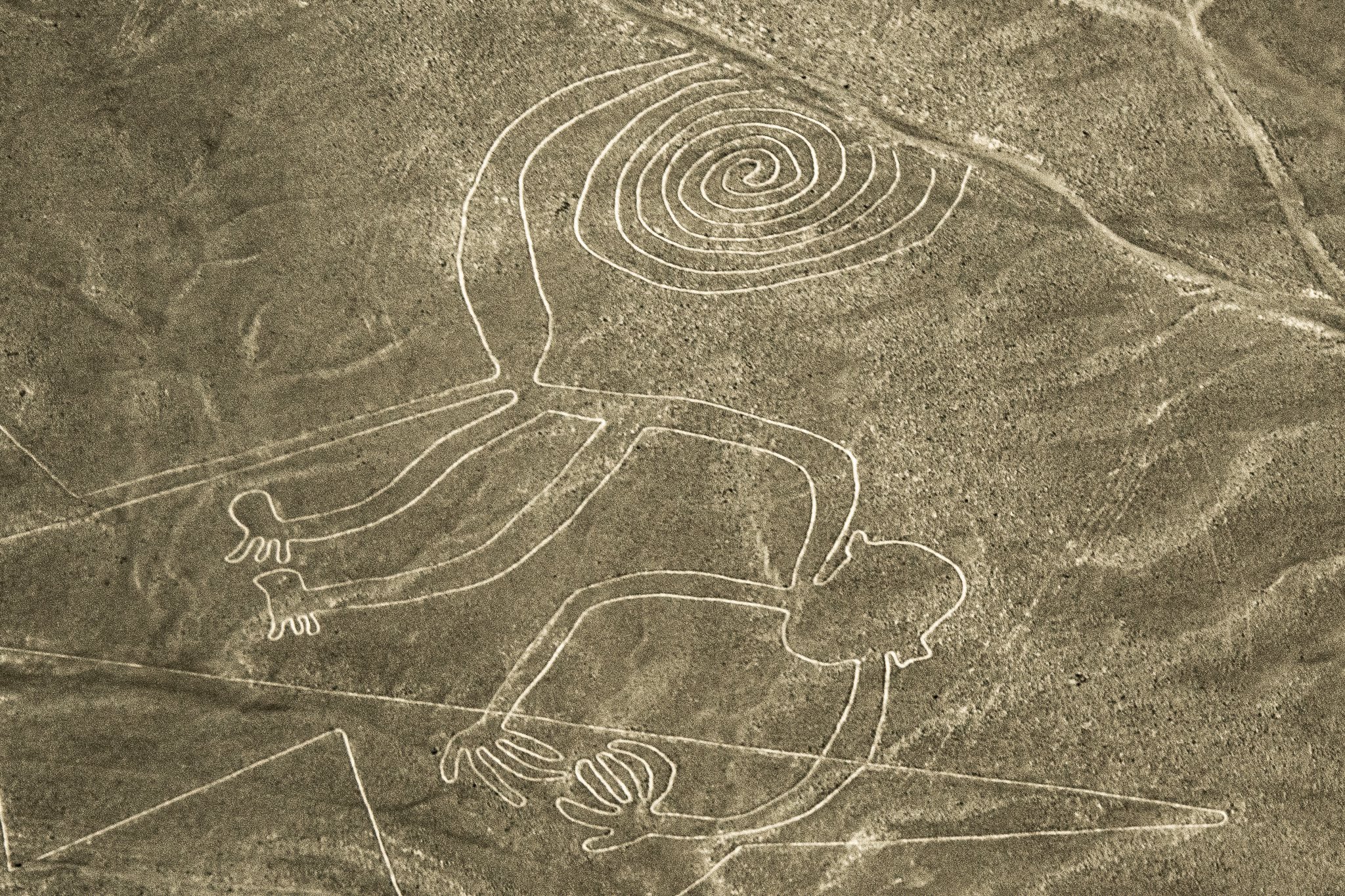 We are very excited for our trip this morning, something to check off our never-shrinking bucket list – we are taking a flight to see the Nazca Lines. We both know the Nazca Lines from the book “Chariots of the Gods” by Erich Von Daniken. He speculated that the lines could only have been created by extra-terrestrial life since they were so exact and could only be seen from the air. There were all sorts of TV specials speculating on their meaning when we were younger.

On our trip to the airport, Carlos, our guide, told us that the area where the lines are only receives about 5mm of rain per year. The ground out there is a combination of sand, white calcium and clay. There are currently 400 figures that have been identified and there are over 3,000 lines. The lines were discovered in 1927 and the first flight over the area to investigate the lines happened 5 years later in 1932.

The average line is about 10cm deep and 50cm in width, the longest line is 14km in length.

Our seat assignments on the plan were seats 1 and 2. I believe there were 10 passenger seats on the plane and each seat had a window view. Being in seats 1 and 2 we were ready to take over if the pilot and copilot needed help (haha); we could see the instrument panel during the entire flight. The flight lasted about 1 hour and 40 minutes of which 45 minutes was spent viewing the different geoglyphs. Trying to spot the geoglyphs made us feel like explorers.

We flew over 16 of the geoglyphs:

What an amazing experience!

On our way back from the airport we saw flamingos along the shore. This was unexpected and the flamingos did not have their usual bright colors. We believe we were seeing young flamingos that haven’t eaten enough crabs yet to get their distinctive coloring.

Once back we had a late lunch and we tried our hand at the general trivia, but only got 7 right, half of what the winners had. Not one of our better performances. Later, Alan went to Tribond Troubles and scored a 20 of 25, the winners had 24. He done good.

Time to go to bed and dream of our adventures.