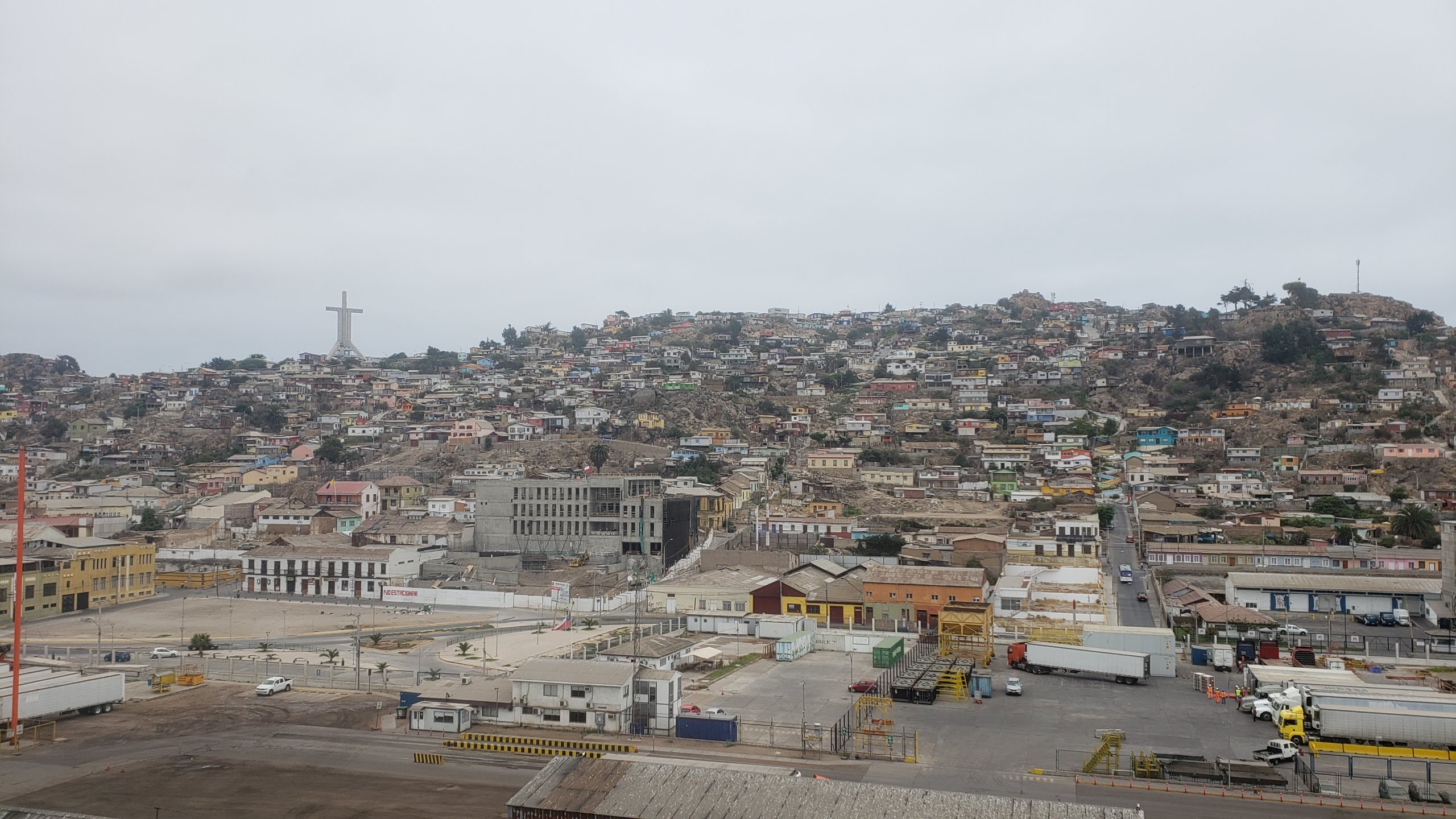 Up early again today as we are going to a museum, some ancient ruins, and then to see the Peruvian Prancing Horses at Lima (Callao) Peru. Our guild was Mila and our bus driver was Hernando.

Our first stop was at the Larco Herrera Museum, which was founded in 1926. The museum offers over 3,000 years of Peru’s pre-Columbian history. When we arrived, we realized we’d been here before – on our Globus tour of Peru! This museum has the finest collection of gold, silver and semiprecious stone artistry in Peru, and some of the ancient Incan culture’s finest examples of textile work and huaco ceramics, and tools the artisans used to create these treasures.

Along the ride Mila told us all about Peru. This is what we learned:

When we finished at the museum, we went southeast of Lima into the Valley of the Lurín River toward the sprawling archaeological citadel of Pachacamac. Along the way we rode briefly on the Pan American highway, which runs from Alaska to Chile.

Pachacamac, called the Maker of the Earth, was built around 700 A.D. by successive pre-Colombian civilizations. The restored complex of palaces, plazas and temples is believed to be one of the region’s main pilgrimage centers. There is a museum here with some of the artifacts from the area. The first exploration of the ruins took place in 1896.

Part of the Inca Trail, a 20,000 kilometer trail, cuts through here.

Our last stop at the ruins was the Temple of the Moon, which is an Incan construction. From a distance, we also saw the House of the Chosen Women.

Our last visit was to see the Peruvian Paso Horses, which is celebrated for its naturally smooth “prancing” gait as well as for its uncommon endurance and steady temperament. The horses wear no horseshoes, and each leg is hits the ground differently in this prancing gate of 4 beats to a walk.

Because this Paso Horse is desired by breeders around the world, Peru has put laws in place to restrict their export. As a result, Peru has seen a resurgence of the breed. This wonderful horse is now an important part of the cultural heritage of Peru, and is shared with visitors from everywhere as part of Peru’s tourism industry.

We arrived at the traditional hacienda where we were given pisco sours and seated under a veranda to watch the horses perform in a show full of grace and beauty. Many of these horses and their “chalanes” (trainers and riders) participate in the most important contests across Peru and abroad.

Following the horses’ performances, we watched a traditional folklore show of Peruvian music and dance, some of which included dancing with the horses!

Afterward we were treated to a late lunch of savory Peruvian dishes and wine. On the way out to our bus an impromptu market had been set up and I finally caved in and purchased a hat.

Back on the ship, since we ate lunch was at 3:00pm, we had a slice of pizza for dinner, then called it a night.