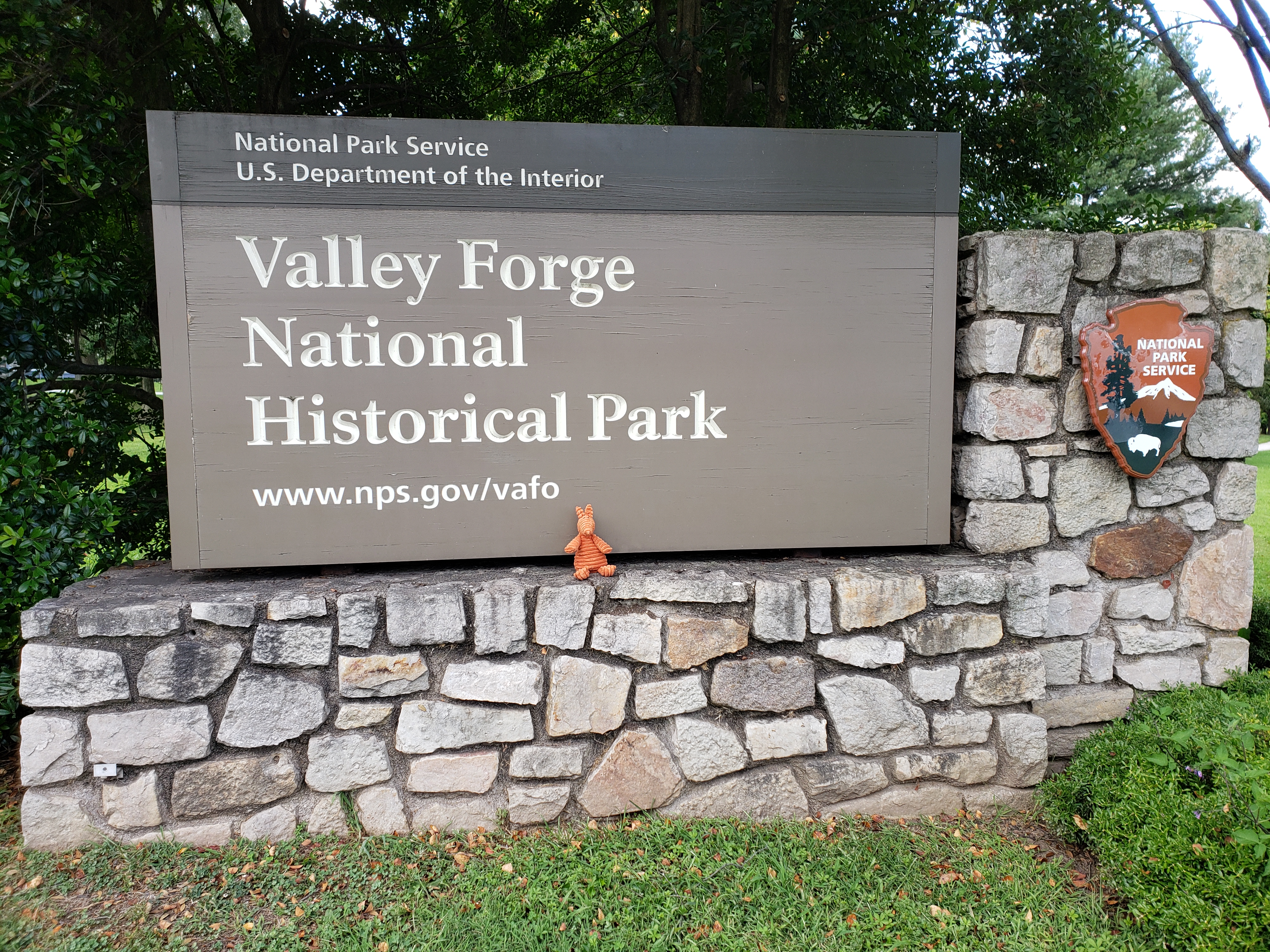 While visiting Alan’s mom we took advantage of the time and visited Valley Forge National Historic Park. Valley Forge tells the story of the Continental Army during the winter of 1777-78.

“On December 19, 1777, George Washington led a weary Continental Army into Valley Forge. For the next six months, the hills along the banks of the Schuylkill River would serve as the Army’s home.

“The men built hundreds of small log huts, each one serving as quarters for a dozen soldiers. For these six months, Valley Forge was one of the largest cities in the colonies.” ~ Valley Forge website.

We walked up and saw the Muhlenburg Brigade Huts, and visited also visited Washington’s Headquarters on the site. I never think of these areas as large – but the Valley occupies more than 3,500 acres.