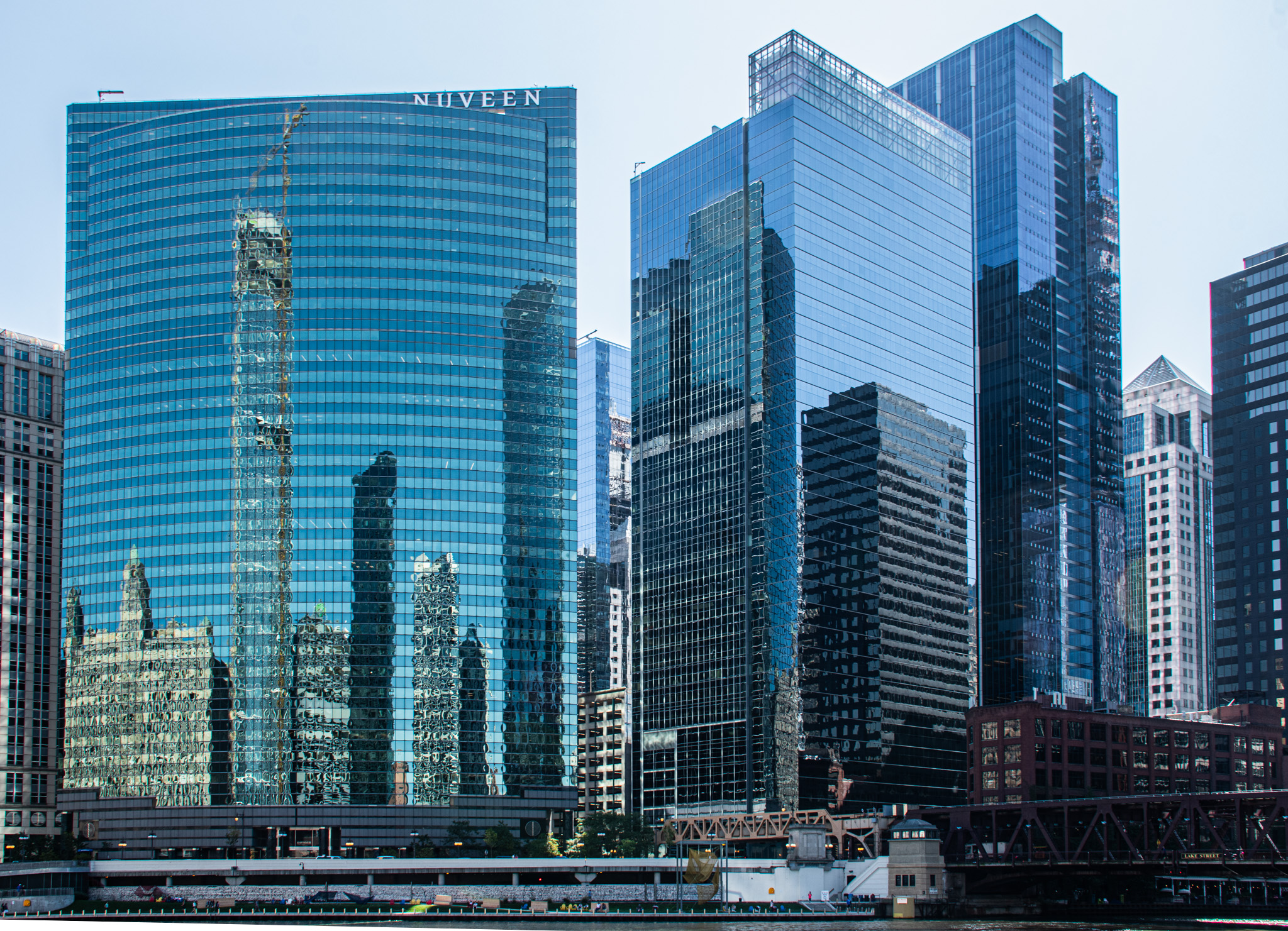 This morning we were up at 5 o’clock and got to the train by 6 for the ride into Chicago. I do this to Alan. Because the best time to take landscape photos, and in most cases best the crowds, is early in the morning, I get up, wake him up, and if we go. This happens frequently on trips where there are great sunrises possible. In this particular case I wanted to get some pictures (with my camera) of Cloud Gate (a.k.a. The Bean) before too many people arrived. My plan worked and I got some pretty cool shots.

After photos we went to breakfast at an uber-popular restaurant called WildBerry where we had omelets and pancakes. The food was delicious, so I could understand the long line that had forming out the door by the time we left.

The morning was cool, enough for me to wear a light sweat jacket, but it gradually warmed up and I took it off.

We were signed up for an architectural boat tour running down the river and back, so after breakfast we rocked around the city to kill time until our scheduled tour.

We arrived at the boat’s launch area just in time to be the first in line along with a woman who was from California, Anaheim actually. We chatted for a while trading stories about traveling, then they loaded us up on the boat. We went to the very back of the boat so that I could have a good view all around us.

The boat tour was very informative. The docent, a teacher at the university, was our guide. He told bad jokes and we all graciously laughed. I took loads of pictures of some of the architectural marvels along the riverway.

After the boat ride We made a beeline for Giardanos, a pizza restaurant famous for serving deep dish Chicago-style pizzas. When we got to the restaurant there were two lines which made getting through the door was a bit of a squeeze. The left line was where you stood and waited your turn to put your name in to be seated. We were told seating would take place within 20 minutes. From that line we moved over to right line, this was where you put your order in. This, we were told, would take about an hour. Once we had our tag we went outside, sat on a marble wall nearby and waited. Eventually I was texted that our table was ready. Pretty neat system.

Our waitress brought us some drinks and we ordered calamari as an appetizer. I tried not to eat too much in anticipation of the deep dish pizza. Alan, having a bigger appetite, was able to eat most of the calamari.

As promised, in about an hour, our pizza was served up. It was at least two inches thick with lots of cheese covering the bottom and sauce on top with all the fixings that we had requested. I ate the interior part of the pizza and left the crusts of the really good stuff. Alan and I managed to almost polish it off.

With belly’s full of garlicky pizza, we went for a long walk to try to work it off. At1one point during our walk I decided I want to try and get over to the navy pier where they had a stained glass museum along with a Ferris wheel and other rides that looked really interesting from a distance. But we kept taking wrong turns and wound up not being able to get over there. Instead we sat on a bench in Millenium Park with lots of greenery and music playing behind us. As I sat there in the shade I wondered at hearing the cicadas because they’re now gone from home.