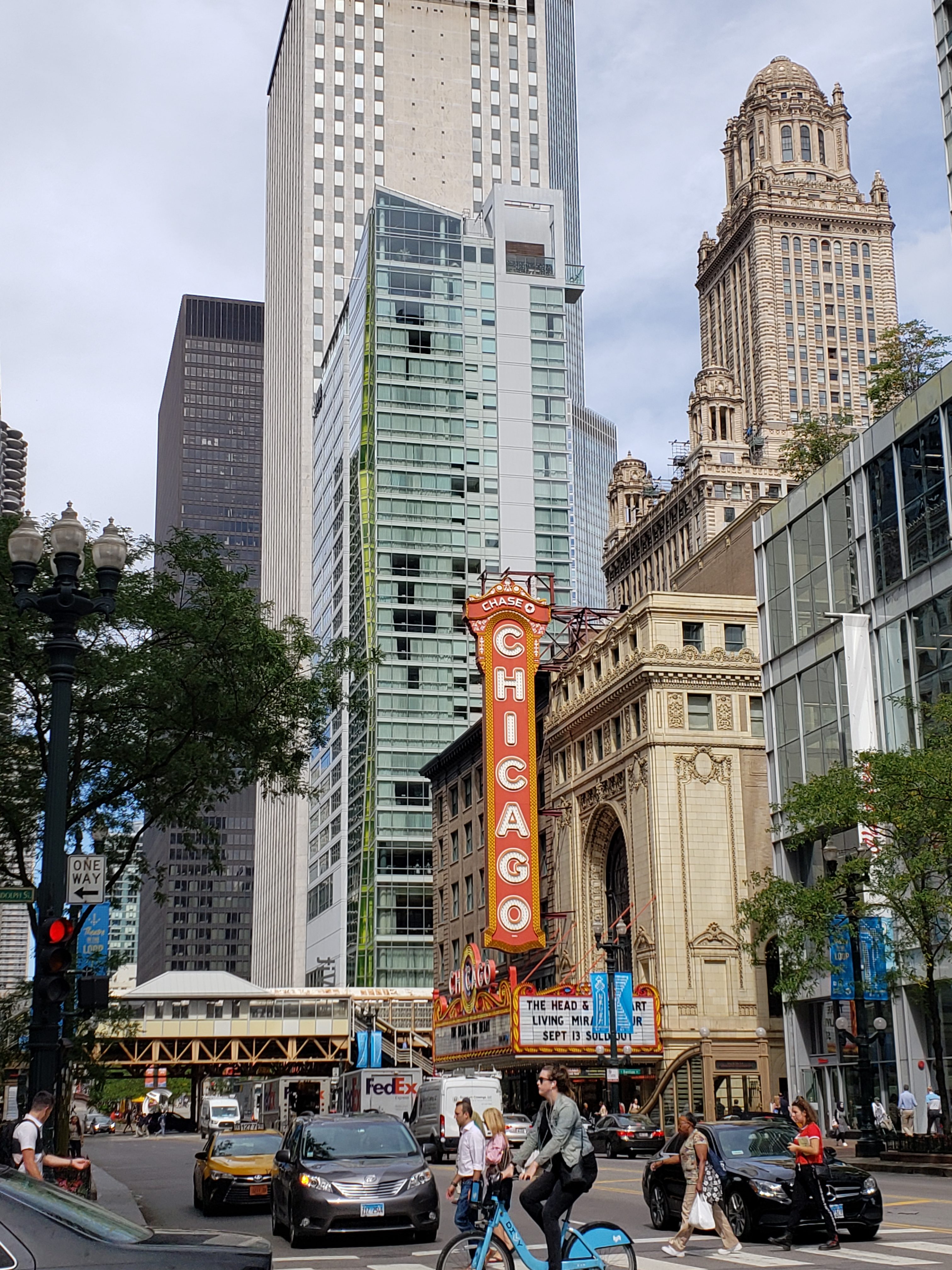 Our reason for staying near Indiana Dunes was to more easily access Chicago. We did this by taking the South Shore Line, which runs through, and has several stops in, the park. The stop we used was Miller – it always had a perfect spot for us to park the van.

Parking the van is always a challenge due to its length. But Alan finds that getting an end spot in most parking lots usually does the trick. Since we were going to be gone all day we made sure to put up the sun blocks and window covers. We call this “SHIELDS UP!” a la Star Trek.

The ride to Millenium Station in Chicago was about an hour long and the train provided wifi, so we used the time to plan more of our stay.

The last stop of the South Shore Line is Millenium Park, which is the city’s jewel. I’d  wanted to see the sculpture, Cloud Gate, for a very long time, so we walked to the park and got a few pictures with my phone before exploring a little bit more and playing a round of miniature golf where I lost to Alan, but only by two points.

Time passed quickly and soon we had to jump on the Orange Line to head to Wrigley Field to watch a Cubs game. Alan had this particular stadium on his bucket list as it is the second oldest active baseball stadium in the U.S. (Fenway in Boston is the oldest – we’ve already knocked that one off the bucket list). We had fun watching the Cubs clobber the Pirates, but it was such a blowout that we left early to ensure we got the 7 o’clock train back.