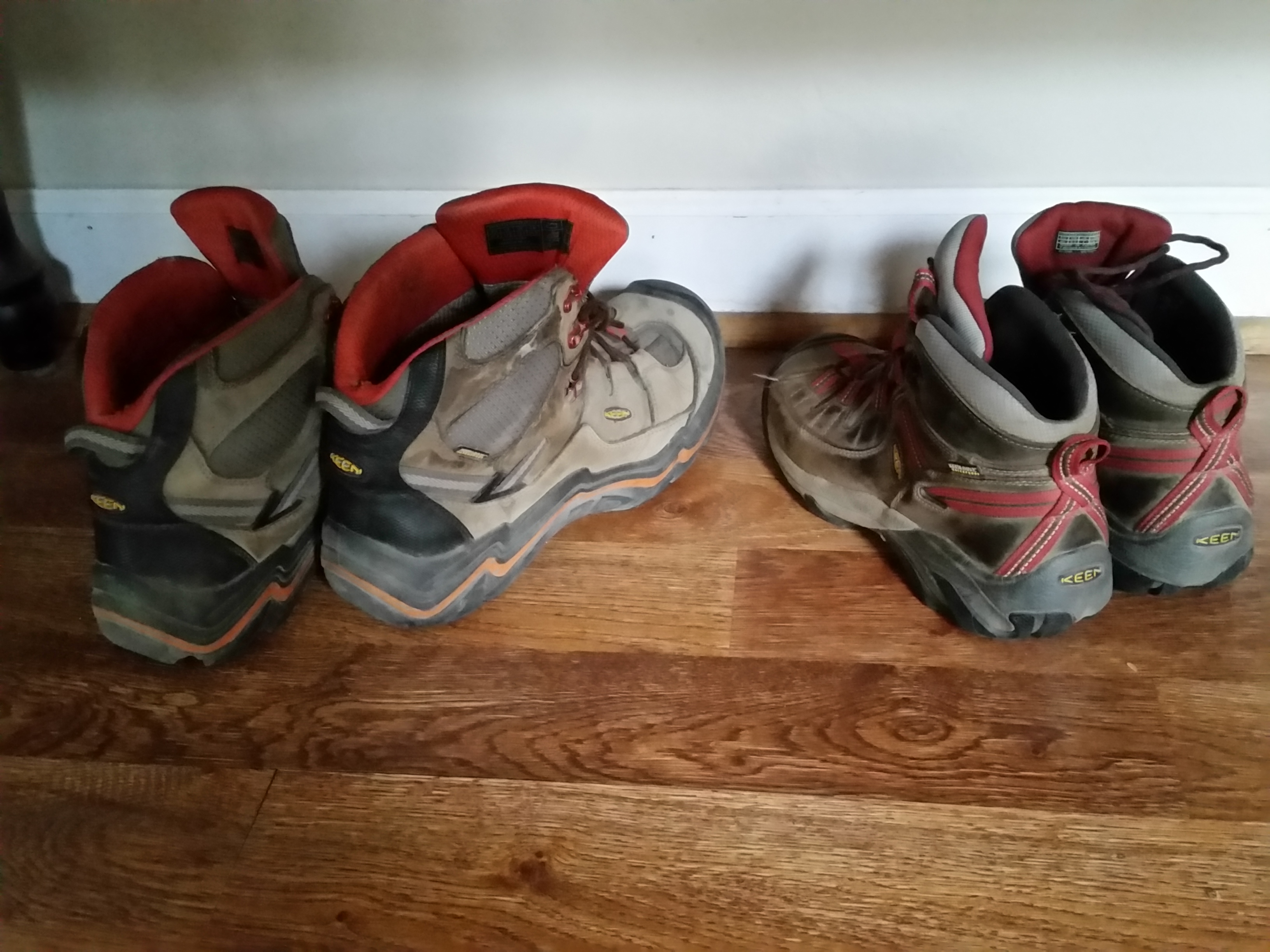 After Hot Springs we headed home. We made a few overnight stops along the way to keep from getting too tired, so that when we got home we’d have the energy to unpack the truck.

One stop we made was in Nashville where I tried to schedule breakfast with my cousin. Unfortunately she had other obligations and we said we would certainly try again in the future.

When we reached at the house it was almost like we’d never left. Though I did so very much miss having a dog (or two) bound out the door, happy to see us.

We arrived without a hitch, and after a short rest, unpacked the truck. We just dumped everything in the dining room until we had time to sort through it and consolidate the camping gear to put that all away until another trip calls it out of retirement. Clothes went into the washer and loads were promptly washed, dried and put away. Souvenirs were placed on Alan’s desk until we could carefully put them in their new homes. Maps were lumped into a pile for further review. Pins were placed in a bowl until Alan could add them to our display boxes. Hiking boots and shoes were brushed off and put in the kitchen entry for our next hike. Backpacks were emptied, assessed and reloaded with standard items. Duffle bags, torn and worn, were thrown out – they were cheap and were very abused by us.

Within three days we’d put everything away except the tent – that had to be aired out, then put upstairs until I could try and repair the zipper.

We crunched the numbers and they are a bit intimidating; did we really do all that? Still boggles my mind to think about it.

Alan reworked the travel map on Google to more accurately reflect the path of our trip – what a beast! Thoughts on Canada. They do a lot of things right, some things I wish our country did. These are some of the odds ‘n’ ends that I made note of:

Big into recycling. I liked that a lot. Thank you Canada for trying.
Drop toilets are the nom du jour along the roads Okay, this one wouldn’t be what I’d call a “plus”, but they were plentiful.
“Perfect” and “excellent” are Canadian’s common phrase for okay or great.
Ever so polite.
Most signs are in English and French, depending on the providence you are traveling.
Traffic lights: blinking green means GO now, solid green means you can go but watch out (this was confusing for awhile).
Tim Horton’s is Canada’s McDonald’s. Sometimes 3 to one small town (to Alan’s delight).
Roadways are clean, didn’t see a lot of lose trash – very, very nice.
Small credit card machines are brought to the tables a restaurants so your credit card does not leave your sight – big bonus points here.

About the truck – I used to own a Honda CR-V. I liked that little SUV-wannabe. It worked hard and got us out of a couple of tight spots thanks to its good high clearance. It was a work horse for us for quite some time.

When we had purchased all we felt we needed for this trip, we tried to pack it into the back of the CR-V. It wouldn’t fit. So, we removed the back seats – really – we unbolted the things from the floor and pulled them out. It still wouldn’t fit. The trouble was the two cots we’d purchased from REI. These were really, really good cots – and comfortable too – but they are big, they don’t collapse down like other camping cots – they fold in thirds and then the legs fold up underneath. These things take up a goodly amount of space. With our age and (bad) knees, we knew we couldn’t do FOUR months with short blow-up mattresses like we’d had out west last year. Those are fine for short trips, but these babies were going to need to get us through much longer.

Since the CR-V was six years old with nearly 200k miles, we decided to look for a larger, more accommodating vehicle. We looked for almost a week, on the Internet, and at car lots. We looked at cargo vans, larger SUVs, and minivans. It’s a long story, but the end result was trading the CR-V in for a Honda Ridgeline truck, purchasing a tonneau cover (installing ourselves, thankyouverymuch), and then getting a remote lock installed on the truck’s gate – go figure – Honda doesn’t put one in my default. Alan had his doubts about traveling thousands of miles in this truck, but in the end he was very happy with the purchase. It drives beautifully, is quiet on the road, handles well in difficult situations, and other than being bigger than anything either of us has ever owned – making parking a challenge for awhile – it’s a great vehicle. As to camping and my take-aways:

In summer, nearly every campground will have a crying, whiney child nearby, sometimes all night long.
A car alarm will go off each day at every campground.
A group of laughing (and screaming) kids will be heard at all hours in the summer.
An alcohol fueled loud camp will be in within earshot in campgrounds where alcohol is allowed.
A long 200-300 ft. walk to the restrooms is inevitable (my number one pet peeve).
You don’t need nearly as much stuff as you think you do.
Only put the basics for food in your cooler.
Put your camping perfume on and DEET UP!  Bugs are inevitable. Keep DEET with you and don’t be afraid to use it.

Animals will wake you up every morning  (crows, jays, squirrels, roosters) – this is a bonus – why? because it’s nature.
Sleep is sweet and easy (I usually have lots of trouble sleeping).
Meals are simple and easy.
It’s cheap.
Go to bed early, get up early – unusual for us.
Nature up close, and sometimes personal.
Staying closer to hiking and adventure locations.
Sleeping under the stars.
Fresh air!

All in all, I’d do this again in a heartbeat. Alan’s on the fence about four months, but is happy to go for a month at a time in the future.