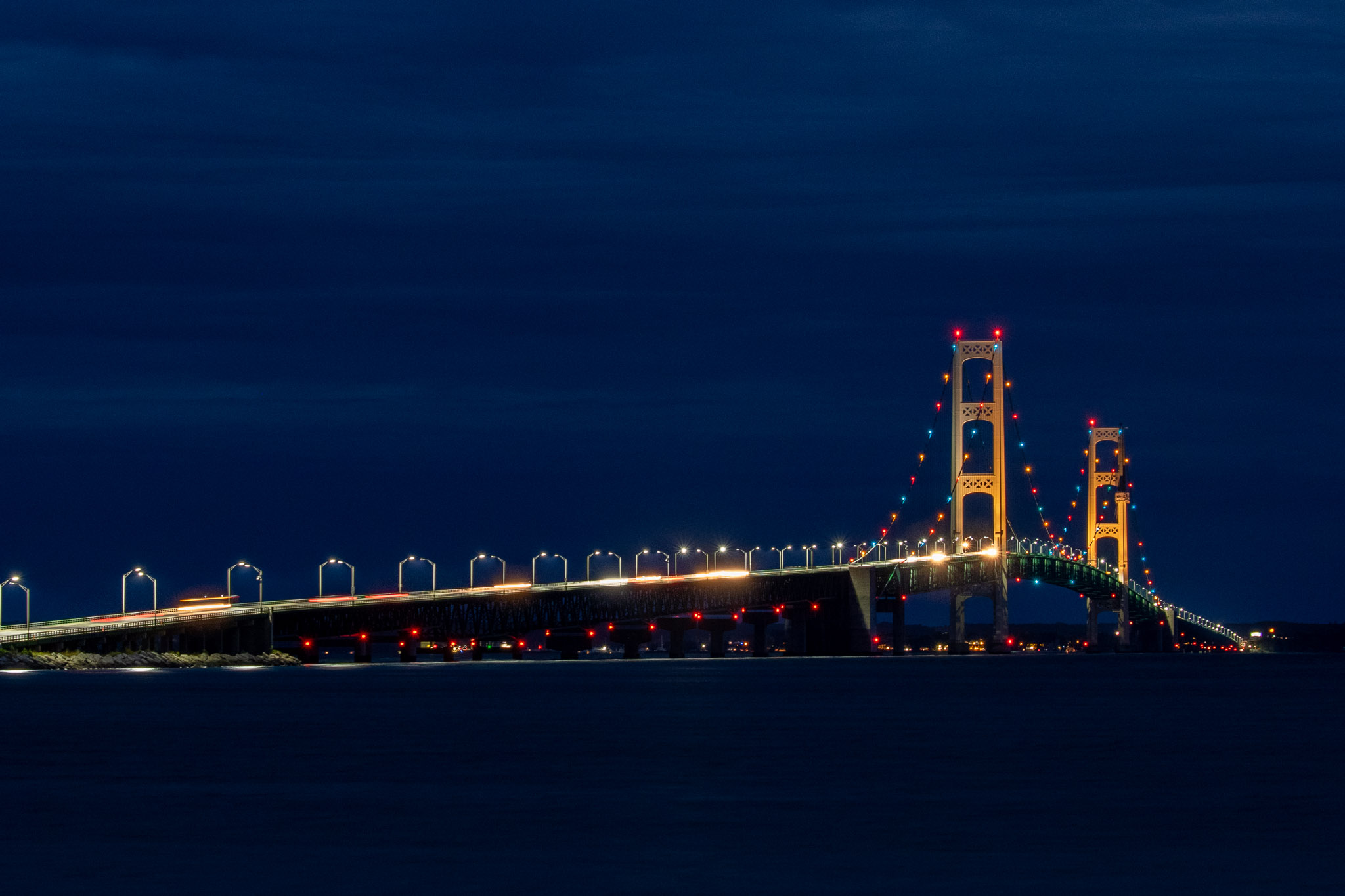 The drive to Mackinac City was longer than expected due to a long detour along route 2. We decided to stop at Seney National Wildlife Refuge since it was on the way. As we neared the visitor center I noted a group of Wood Ducks in the pond to the right. I told Alan about them and he got out with his camera to see if he could get some shots. They were in bright full plumage and looked so pretty on this drab day. He did manage to get a couple of shots before they took off for another part of the pond.

After a pleasant conversation with the volunteer couple at the visitor center, we took the auto route to see what we could see. We didn’t see much more than some mallards, Canada geese and swans. We did have a surprise and saw a beaver swimming near shore, then turning out to the middle of the pond when we slowed down for a better look.

We stopped for a late lunch along the shore of Lake Huron. On the way to our campground at a KOA, we stopped at the Bridge Overlook Park so I could scout the possibility of a night shoot there.

After dinner it was growing dark so I readied my gear and we drove the short distance to the park where I took photos of the Mackinac Bridge. The sun was just down, so it was now Blue Hour and the lighting was perfect with an overcast sky. We stayed until full dark then packed up and headed back for the night.