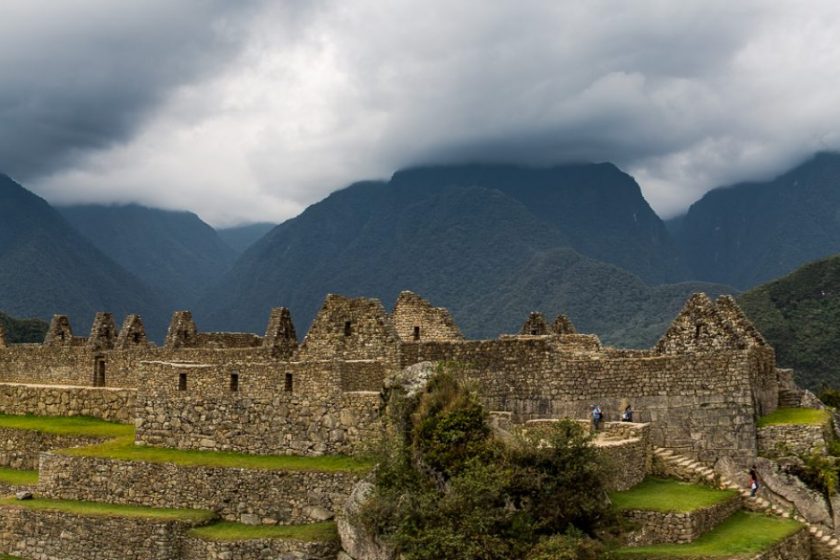 WEDNESDAY
Got in at midnight to Lima hotel. Uneventful plane trip. Taxi was in a Mercedes and cost $50.

Met group at noon in lobby. Tour director is Victor Hugo. No joke.

Took the bus to downtown Lima for sightseeing at a monestary where we could not take pictures inside. What a shame! There was THE MOST FANTASTIC library with the best lighting. Walked to the city square and then to a history museum. Fascinating.

Got back to the hotel for a bit of a rest before dinner at the hotel.

FRIDAY
I wake up call at 5:00am. Ouch. Luggage outside for porters and then down for a speedy 15 minute breakfast before heading to the airport. Today we fly to Cusco. Plane ride is smooth and only takes an hour, but there is a delay getting off the ground that impacts the timing of the rest of the day’s events. We are told that it would take 24 hours to go by bus because of the Andes mountains.

Cusco is sits at a little over 10,000 feet elevation. When we first got off the plane I felt a little light-headed.  I found out later that Alan did too.

Victor cautions us to eat lightly because digestion tends to slow down at elevation.

We pack onto a new bus with a new driver and head away from Cusco to Awanakancha to a Llama farm to see a wide variety of llamas and their kin. Pretty animals with one thing on their brain; food. The others feed them some grass handed out at the beginning while I snap pictures. Alan uses his camera and enjoys the shots he gets. He’s doing a nice job of it.

Back on the bus for a trip to a market in the town of Pisac. Here we learn how to tell the difference between real Llama wool products and fake. We also learn how to spot 90/80 silver vs. the cheaper 90/50 or less.

We are given some time to shop for souvenirs and trinkets. I get a “Mother Earth” pendent for 75 Soles (24 US dollars), and Alan helps me pick out a nice handcrafted piece of native art for our collection. It is a carved gourd with list of Peruvian animals featured.

Back on the bus to head for lunch at Muna. It is a buffet and Alan and I try a dish made with Llama. Llama has a similar texture to chicken but tastes a bit like gamey beef. It was good.

Back once more on the bus to Ollantaytambo where we visit a home there and are told about how the Incans lived hundreds of years ago. We also see how they keep guinea pigs as a food source.

Back on the bus for a short ride to an old ruins that some is us climb in the rain. 200+ steps up at 9000 feet. I was exhausted by the time I got back down. The view was spectacular though.

Back on the bus to our hotel where we must climb ore stairs to get to our rooms. By this time my legs are beyond wobbly.
An hour later we board the bus again for a late dinner at a nearby restaurant.

Back at the hotel in Pachar where we must pack an overnight bag for our trip to Machu Picchu, our luggage will be sent on to Cusco. Alan crashes before 10:00. I follow suit not long after.

SATURDAY
I wake up early to write in this journal. An hour later I hear a donkey braying and dog barking somewhere in the distance.
Breakfast is buffet style and good since I am very, very hungry. My legs also feel a little wobbly from yesterday’s hike.

I try to keep breakfast light because I know we will be hiking and doing so on a full stomach is always.

We board the bus to the train station. It is  short ride. The train is very comfortable and we are fed a light snack on the one-and-one-half hour trip to our hotel near Machu Picchu.

Before our ride to Machu Picchu we go up many steps on the town to reach a restaurant for an early lunch. Again, I keep it light in anticipation of some strenuous hiking.

We take a tightly packed bus on the very narrow zigzag road up the mountain. Several times I shut my eyes because the view and driving seems so dangerous. We ascend to nearly 8000 feet at the base of Machu Picchu.

Machu Picchu is stunning. It is huge. And it is difficult to fathom how a people from hundreds of years ago were wble to create such a marvel.

It is believed that there were 600 people living here at o e time in its history. There has also been 54 other sites which have been located around Machu Picchu.

If you weren’t stepping up you were stepping down. There a few areas to explore which require a flat piece of terrace to arrive at. My legs are sore and a tiny bit weak from the day before, but I keep up with the group.

There are Llamas here. They seem tame yet wild. They make good subjects for photos.

The trails are at times sketchy with drop offs to the canyon below only a few inches away and not guard rails to keep you from falling. It makes getting around very interesting.

Our guide, Ruben, is very knowledgeable and leads us around stuffing our heads full of fascinating facts. When the tour is done we all agree to head back to the hotel for some rest before dinner.

Dinner is at ……… and we eat our fill after the good exercise earlier in the day.

About the food. Alan and I attempt to eat dishes we think reflect the native dishes as much as possible. We end up eating diverse and often delicious meals.

Sleep eludes us this night. The room is warm and we cannot find a way to cool it down. We turned the lights off at 9:45 but the came back on at 2:30am. No rest for the weary.

SUNDAY
We eat an early  breakfast at the hotel and I try some warm banana coated in quinoa. Delicious!

We return to the Sun Gate trail and hoof it to try and catch up with Victor and the others. By the time we reach them at the half-way point Victor has continued on with just two others. We are far too tired to go the rest of the way so we head back down with the other three (Jim, Diana, and Carol).

From here we split up and go our own ways. Alan and I try to find something more to drink but give up after awhile and board a bus back to town.

In town we shop for some candy bars as I am famished, something to drink, water bottle carriers, and I also get a Peru flag hat on for our collection along with a ball cap for Machu Picchu and Peru.

Afterward we go back to the hotel and meet up with the group and prepare to go to lunch.

Lunch is delicious and filling at IndioFeliz.

Setime during lunch it begins to rain and we are all caught up in it when we leave. As we head to the train for our ride back to Allania……. it begins to rain in earnest. Fortune smiles on us as we don’t have too terribly far to go.

The train is packed this time and Alan and I are assigned seats that separate us. I sit with Greta, Carol and our tour guide, Victor.

I find I really like the coca tea. It provides some energy, which has helped in the high mountain hikes.

On the train we are treated to a fashion show, with goods that can be purchased afterward. We declined.

MONDAY
This morning, after a buffet breakfast at the hotel, we trotted out toward Cusco’s central square. Along the way we visited Santa Domingo, a monastery where I had to be careful not to photograph any of the artwork – everything else was fair game.

After the monestary we saw Santa Catherine’s Church and Basilica de la Cathedral, none of which I was permitted to photograph.  Sad too, because this Catholic building was decorated excessively with ornate gold leaf carvingd and silver embellishments throughout.

Much of the artwork was created by the native populations and one of the more amusing pieces of art was their version of The Last Supper in which was included locals, the centerpiece of which was a roasted Guinea pig.

After the visits to the religious buildings we hopped on the bus and road out to three separate locations where Rubin once again demonstrated his vast knowledge of the Inca people’s history.

We visited three separate ruin; Saqsayhuaman, Pukapukara, and then the Qenqo ruins.

At this point we were at an elevation of approximately 13,500 feet and I could feel it. I was tired and could not easily walk and talk at the same time.

The Saqsayhuaman ruins had huge stone walls that were built using a zigzag pattern in order to make it self-supporting. There were indentations in some of the larger upper stone which is hypothesized to have been used for bracing the stones into position.

We learned a lot from Rubin including the fact the Cusco was the seat of the Incan Empire. Their basic tools for cutting stones was hematite which is a mostly iron – based rock. There are three eras to the history; Incan from 1100-1632, Colonial from 1632-1850, and the current era. We were told that the cobblestones in the streets and other locations were used to help move large stones – sliding them along using water as a buffer. They would then get upper stones into place ramps.

After a good morning’s walk about we all agreed to go to lunch at Inca Grill where I ordered the Cuy (translation: Guinea pig). Alan had the Alpaca. To my happy surprise the Cuy was quite tasty if not very filling.

After lunch we all were in agreement to go to a chocolate factory a few blocks away. Here we learned about the sustainable and natural farming and harvesting of cacao. We learned that the fruit – yes, cacao is a fruit – grows on the trunk and heavier limbs on the Cacao tree, not like most fruit we know. We were treated to samplings of cacao tea (delicious!), different chocolates and the crushed cacao bean carmelized (a bit too bitter to me). I ended up purchasing some of the lose cacao tea, some chocolate covered Inca nuts and a Quinoa and cacao energy bar.

From here the group split with Alan and I going off on a photo walk. A half-mile later we were back in our hotel room.

Dinner was slow and relaxed at Incando Restaurant in the city. I had ravioli.