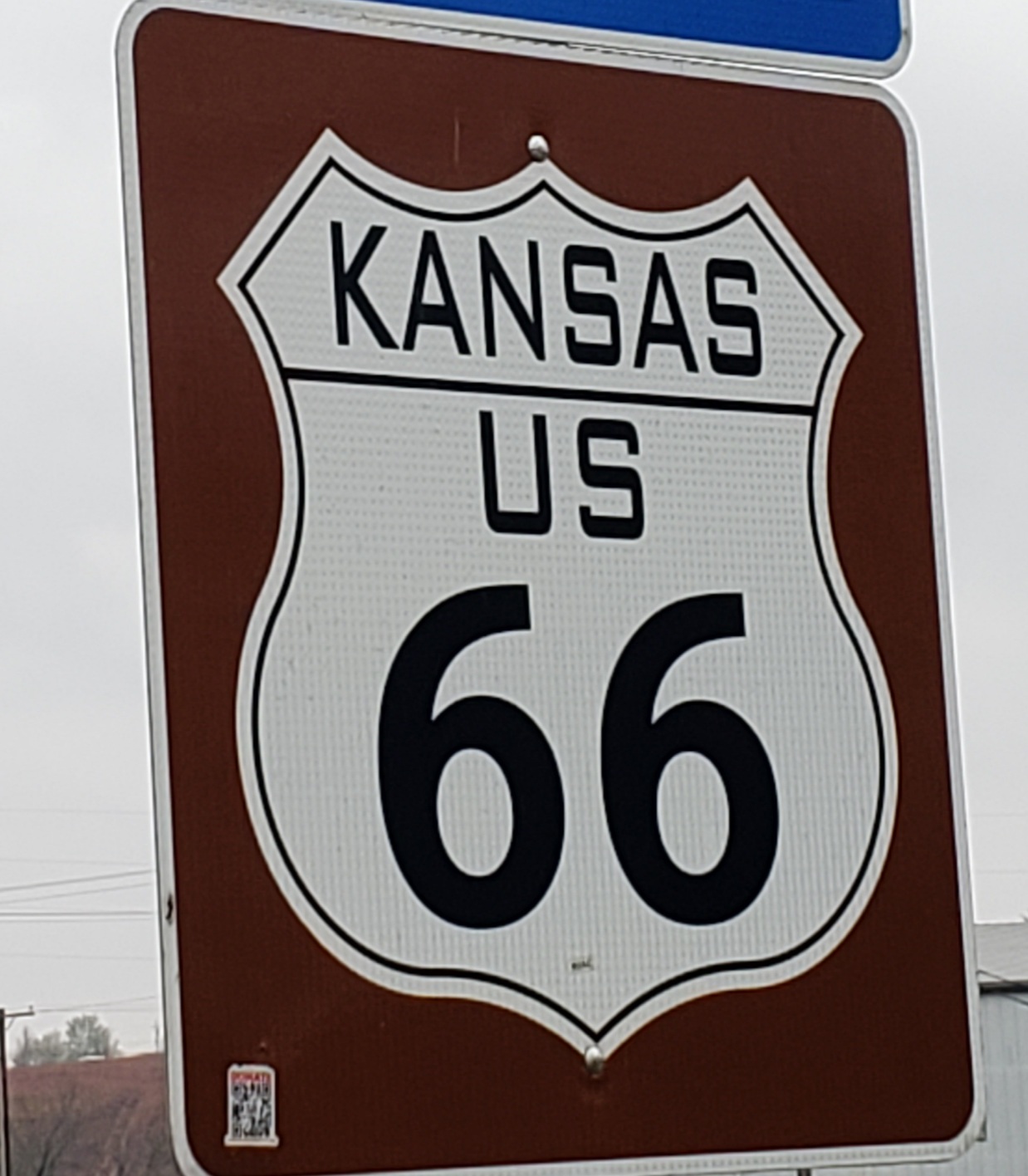 It was raining and cold when we left Fayetteville, Arkansas, but it was good to be headed back to Joplin, Missouri to continue our trip along Route 66.

Our first stop was the Route 66 Mura Park. There was only one mural, and it was hard to get to, but we managed.

In Galena, Kansas we visited an old pull-off with some simple fair-like family amusements. We snagged a couple of pictures of Galena’s (haunted) Murder Bordello. It wasn’t open to the public at the time. Around the corner was an old Kan O Texas filling station with “Cars on the Route”, one of which inspired the truck character in the movie, “Cars”.

In Riverton, I went Nelson’s Old Riverton Store, but there wasn’t much to it. We also passed the Rainbow Bridge in Baxter, and Dairy King in Commerce. Across from the Dairy King was the Hole in the Wall Conoco Phillips Station.