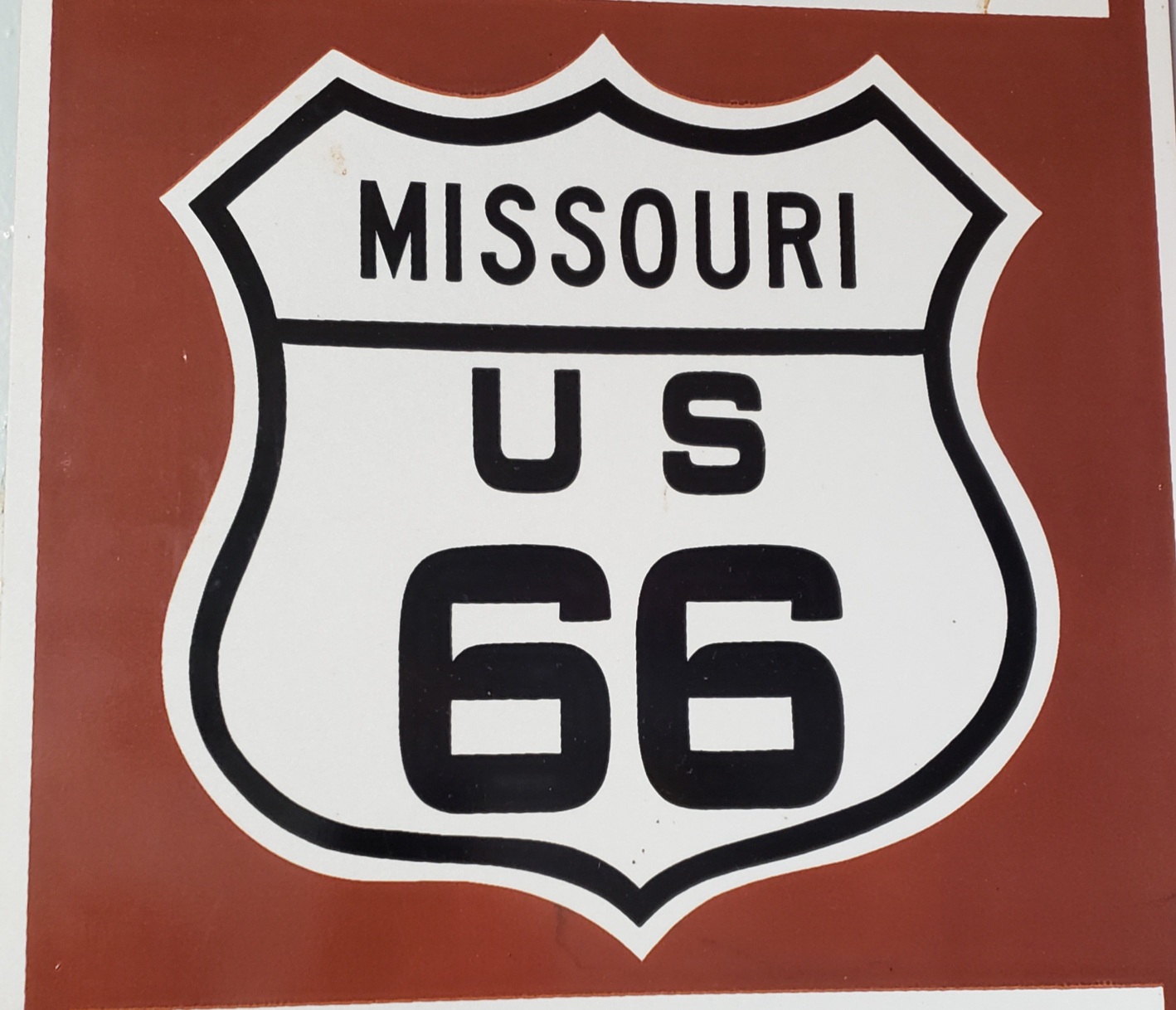 After Weezy’s, we stopped at the Old Chain of Rocks Bridge. Before we went to the bridge we stopped at the dam where people fish, and one can get a good view of the bridge from below. A young man approached us in the parking area and asked if we could give his battery a jump. It took awhile but it finally started and he was on his way. Our good deed for the day. We left that parking lot and drove the short distance to the old bridge, which is now only for cycling and walking. We walked about a third of the distance, got some cool photos, and left.

Getting to the World’s Largest Ketchup Bottle was a challenge and I simply ended up snapping a picture from inside the RV as we drove by.

Cahokia Mounds State Historic Site is a UNESCO World Heritage site. We visited the interpretive center and learned a bit about these Mounds, their age, and the people who lived there. We walked the grounds and saw the largest mound, which is larger in area than the Great Pyramid in Egypt.

There was also a location called Woodhenge, which sat on several acres. There are huge poles set in a circle in the ground with one more pole set in the center of the circle. This henge was used as a sort of calendar by the Mississippian culture called the Cahokia. This henge is thought to have been constructed between 900 and 1100 BC.

Dinner was going to be BBQ, so we set our sites on a place near downtown St. Louis. When we drove up into the parking lot we heard an ominous scraping sound coming from the back of the RV. Alan checked but didn’t see anything alarming. Then we called the number of the restaurant for a to-go order and were told the restaurant wasn’t open. On the way out if the parking lot we heard the same scraping sound. Alan parked and I got out and looked and found our stinky-slinky storage tube was broken. Dang! I removed the slinky and stowed it in the back and we went to the Sharpshooter Pit & BBQ further down the road. Before going in to place a to-go order, Alan used some duct tape and secured the broken tube end. We ate inside the RV in the parking lot. The BBQ really hit the spot.

For the night we boondocked for free in the back parking lot of the River City Casino & Hotel.

46° this morning and it never got above 48° throughout the day. This morning we had breakfast in the RV; PopTarts and a hard-boiled egg for Alan, granola and a banana for me. Leaving the casino behind us, we filled up the gas tank at Costco for $1.51/gal. Gas prices in this area are phenomenal.

Our first stop was st Laumeier Sculpture Park on the south side of St. Louis. We walked a little over 3 miles to see 57 of the 68 sculptures there. They were weird, odd, fascinating, and inspiring.

Lunch was at Shelly’s Route 66 Cafe in Cuba. Cuba is also known as Mural City for all the large fantastic wall murals on most of the buildings and doorways, and in one case, even an electric box.

And, the world’s 2nd Largest Rocking Chair dwarfed our RV.

Down the road a bit we found the neon sign of a dripping faucet on front of Murdon Concrete near the town of St. James.

Alan pushed it in order for us to make it to Slice of Pie in Rolla before they closed at 3:00. We picked up two (huge) slices; a strawberry-rhubarb, and a cherry crumble.

In St. Robert we visited the Uranus Fudge Factory. This reminded us a bit of South of the Border in South Carolina. Kitschy, crazy little shops and displays all poking fun at the word “Uranus”.

We picked up some fudge, and a Route 66 sticker and lapel pin before heading towards Waynesville to see “Frog Rock”, which was just a large rock up in a hill that someone painted to look like a frog. What a great imagination that artist had!

Prior to heading out on this trip I contacted the Munger Moss Motel in Lebanon to inquire about a room for the night. I filled in their website’s contact form, but they never answered.

We stopped and took a picture there, then drove on to Marshfield to see the Hubble Telescope replica. This replica is one-quarter the size of the original, and weighs approximately 1,200 pounds. Edwin Hubble was a famous astronomer because he demonstrating the existence of other galaxies. He was born in 1889, in Marshfield.

Since we needed a couple of items for the RV, we stopped in at a Camping World a few miles down the road from the RV Park where we had reservations for the night. We stayed at Rustic Meadows RV Park. We had leftovers and hunkered down for the night. Desert was just a few bites of our pies – we will save the rest for other evenings.

37° out this morning, with rain and then snow on its way. We have made plans to hunker down near Fayetteville, Arkansas and avoid all this mess. Once it has passed we will get back on the road where we left off.

We started out by feasting on McMuffins at McDonald’s then got gas on the cheap at Sam’s Club. We stopped at Walmart to look for a thermometer since I seem to have caught a cold, and I want to monitor it to be sure it isn’t something more nefarious.

In the rain, in Springfield, Missouri, we drove by and snapped a picture of the World’s Largest Fork. It was sticking in the ground in front of a business complex.

A few blocks down the road we stopped by the oldest Steak ‘n’ Shake and snapped a picture since they were not yet open.

In Carthage, on the way to the 66 Drive-in Theater, we spotted a funny 3D sign and, after several attempts, got a picture.

The 66 Drive in Theater still seems to be in operation, and is scheduled to show some perfect family films for Halloween.

Carterville, Missouri had the Superman Museum, set in a little building in town, but it wasn’t open.

On our way out of town we got pictures of a funny car and truck out in front of a small mechanic’s shop.

We went into Joplin and had burgers for lunch from Culver’s. After that we headed to an Army Corp of Engineers campground in Arkansas.

Alan decided to get in a quick nap; driving in the rain all day takes its toll on a chauffer.

36° in Fayetteville, Arkansas this morning, and still raining. I am nursing a cold. No idea how I picked this up since we have been diligent with distancing and hand washing/sanitizing. Just happy it’s not Covid.

After breakfast and breaking camp we decided to dump the tanks. Connecting the hose was a challenge since it was cold out and the hose was stiff. I opened up the black tank and it dumped, but just when I thought it was finished, the hose separated from the RV connection! Yuck! I closed off the valve, got it reconnected, then dumped the gray tank. That was a first. Hopefully it was a one and only oops of that kind.

We went on to Walmart, then to Gander RV to shop for a replacement end for the broken stinky slinky tube. To my amazement they had one.

We stopped at Sam’s Club to fill up, then just to get out and stretch our legs, we walked around inside the store. I picked up a pair of warm fleece leggings, while Alan got two pair of sweatpants.

We stopped at a Target and walked some more, this time without purchasing anything. Then went to Red Robin for lunch.

We spent the afternoon puttering around before finally checking in at the Holiday Inn where we will stay for the next few nights.